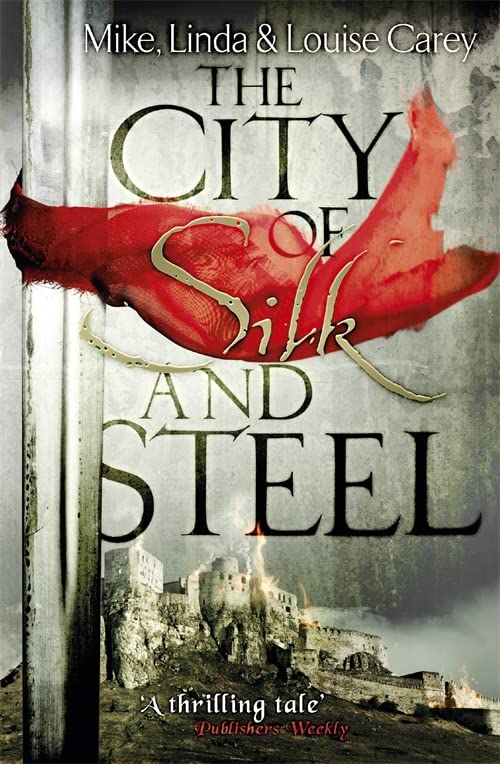 The City of Silk and Steel
by M. R. Carey

In Stock
$50.99
inc. GST
An ARABIAN NIGHTS-style fantasy by the acclaimed author of the Felix Castor novels - and his wife and daughter.
Very Good Well Read
Only 2 left

The City of Silk and Steel Summary

The City of Silk and Steel by M. R. Carey

This is the tale of a city - like any other city, to begin with - and how it was lost and won, and lost again.

This is the tale of an unusual army and its extraordinary leaders: Rem, the librarian, whose tears are ink; wise Gursoon, who defines their conscience; and the silver-tongued thief, Anwar Das, who knows when to ignore that conscience. And it is the tale of the mysterious Zuleika, with her unexpected gift for violence. Without her, the city could not have been taken; because of her, it could not be held.

Most of all, this is the tale of Bessa, the city of silk and steel, as much legend as truth: its fate will haunt you for as long as stories are told ...

The City of Silk and Steel Reviews

There's an intriguingly playful approach to the storytelling. There are rewards to be had for the patient reader. * SCI FI NOW *
A captivating book that carries you along on an entertaining journey. * SFX *
If you like classical feeling fantasy tales with modern complexities, which is enchanting, captivating and enjoyable then The City silk and Steel should be top of your list. -- Gavin Pugh * GAV READS *

Mike Carey is a comics writer, novelist and screenwriter who lives and works in London, England. He is best known for his work on the multiple EISNER-nominated series LUCIFER and for a critically acclaimed run on Vertigo's flagship title, HELLBLAZER. He is the author of the Felix Castor novels and is currently writing the monthly series THE UNWRITTEN for DC Vertigo. He has also written X-MEN, X-MEN LEGACY and FANTASTIC FOUR for Marvel Comics. His screenplay SILENT WAR, written for Slingshot and Intrepid Pictures, is about to go into production.

Linda Carey, writing as A.J. Lake, authored the Darkest Age fantasy trilogy. She has also written for TV, most notably for the German animation series Meadowlands, on which she shared the duties of lead writer.

Louise's Carey's previous writing includes THE DIARY OF A LONDON SCHOOLGIRL for the website of the London Metropolitan archive and the graphic novel CONFESSIONS OF A BLABBERMOUTH, co-written with Mike. She is a member of the Chicken Shed theatre company and has acted in their productions of ALICE IN WONDERLAND and GRIMM NIGHTS.

GOR006016337
The City of Silk and Steel by M. R. Carey
M. R. Carey
Used - Very Good
Paperback
Orion Publishing Co
2014-05-15
544
0575132671
9780575132672
N/A
Book picture is for illustrative purposes only, actual binding, cover or edition may vary.
This is a used book - there is no escaping the fact it has been read by someone else and it will show signs of wear and previous use. Overall we expect it to be in very good condition, but if you are not entirely satisfied please get in touch with us.