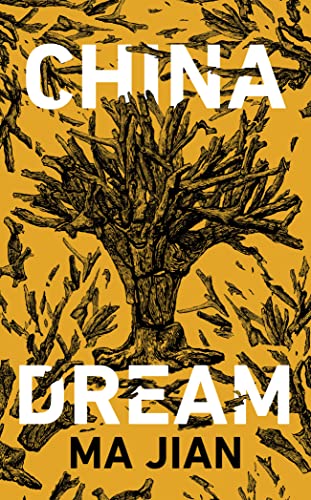 Used Price
$30.99
inc. GST
Free Shipping in Australia
A poetic and unflinching fable about tyranny, guilt, and the erasure of history, by the banned Chinese writer hailed as `China's Solzhenitsyn'.
Reviews:
Trustpilot
Like New Well Read

A poetic and unflinching fable about tyranny, guilt, and the erasure of history, by the banned Chinese writer hailed as `China's Solzhenitsyn'. In seven dream-like episodes, Ma Jian charts the psychological disintegration of a Chinese provincial leader who is haunted by nightmares of his violent past. From exile, Ma Jian shoots an arrow at President Xi Jinping's `China Dream' propaganda, creating a biting satire of totalitarianism that reveals what happens to a nation when it is blinded by materialism and governed by violence and lies. Blending tragic and absurd reality with myth and fantasy, this dystopian novel is a portrait not of an imagined future, but of China today.

"A master of inimitable humour. Always hilarious, thought-provoking, and immensely moving" -- Jung Chang, author of Wild Swans
"A biting and humane novel of stunning concision... Bleakly funny, incisive, stinging and - in its most destabilising passages - gut-wrenching" -- Madeleine Thien, author of Do Not Say We Have Nothing * Guardian *
"A savage satire of Chinese authoritarianism and censorship... Believable and brutal, this is Ma Jian's boldest...most elegiac work' " -- Catherine Taylor * Financial Times *
"Mr Ma's critique of the totalitarian mindset recalls that of Soviet-era dissidents...tragic and elegiac...garnished with both horror and tenderness... A hand-grenade of a book" * The Economist *
"This must be one of the liveliest novels about brainwashing ever written... For all the horror, Ma sees freedom in confronting the true nightmare of the past, perceiving that it is the only way to liberate our futures" -- Alex Peake-Tomkinson * Spectator *
"Creepily Orwellian... makes Mao's Cultural Revolution look like minor tinkering" -- Max Davidson * Mail on Sunday *
"Crackles with bruising satire ...China Dream may be the purest distillation yet of Mr. Ma's talent for probing the country's darkest corners" -- Mike Ives * New York Times *

Ma Jian was born in Qingdao, China. He is the author of seven novels, a travel memoir, three story collections and two essay collections. He has been translated into twenty-six languages. Since the publication of his first book in 1987, all his work has been banned in China. He now lives in exile in London

GOR009372219
China Dream by Ma Jian
Ma Jian
Used - Like New
Hardback
Vintage Publishing
2018-10-29
192
178474249X
9781784742492
N/A
Book picture is for illustrative purposes only, actual binding, cover or edition may vary.
The book has been read, but looks new. The book cover has no visible wear, and the dust jacket is included if applicable. No missing or damaged pages, no tears, possible very minimal creasing, no underlining or highlighting of text, and no writing in the margins.