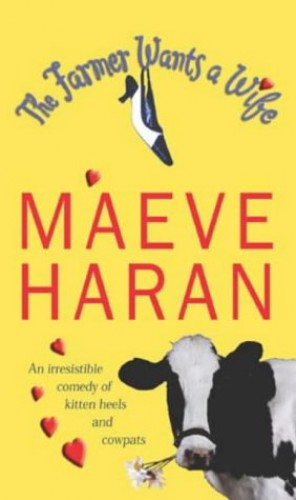 The Farmer Wants A Wife
by Maeve Haran

The Farmer Wants A Wife Summary

The Farmer Wants A Wife by Maeve Haran

Flora Parker is sassy and stylish with a mouth as big as Wembley Stadium and a tendency to act before she thinks, which is how she ends up getting drunk and on the front of a newspaper in her Wonderbra and not much else. Filled with self-loathing she retreats to her aunt's house in the country to look for a little meaning in her life. Instead she finds an overbearing uncle, a farm on the brink of bankruptcy, a child who won't come out of the airing cupboard and a precocious 10-year-old who lists all Flo's faults. As if she didn't already know them. But, being Flo, instead of running away she itches to put it all right...especially when the farmer next door announces an intriguing bet: he will give his farm and glorious farmhouse to whichever of his handsome nephews finds a wife by Michaelmas. So Flo takes up matchmaking full-time, ignoring the fact that it might be she who is the object of their affections. Meanwhile she finds she's falling in love herself...with a way of life that is muddy, smelly and under threat. But is she prepared to put her head on the altar to keep it?

The Farmer Wants A Wife Reviews

The author plants herself firmly in the romantic comedy genre, attacks it with gusto and a refreshing lack of self-consciousness * Elizabeth Buchan, Sunday TIMES *
This irresistible romp bursts with good humour * GOOD Housekeeping *

Maeve Haran is the highly successful author of HAVING IT ALL. A former journalist and producer, she is now a full time writer. She is married with three children.