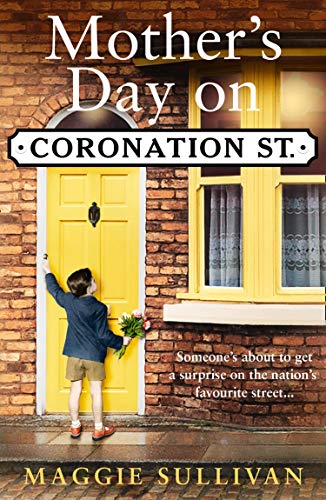 Out of Stock
$12.49
inc. GST
`A wonderfully nostalgic tale' Choice Magazine
Like New
Only 0 left

It's 1942 and Annie Walker is the landlady of the Rovers Return on Coronation Street.

With her husband, Jack, away fighting for King and Country, Annie must juggle lone motherhood with keeping the regulars happy.

Gracie Ashton works behind the bar at the Rovers and thinks all the girls swooning at the American soldiers flooding into Weatherfield are plain daft. But when she meets the handsome GI, Chuck Dawson, Gracie wonders if she has her own head screwed on right.

With rationing, air raids and blackouts, the wives and mothers of Coronation Street are determined to count their blessings, but when an unwelcome face from the past turns up at the Rovers it looks like Annie will have more to worry about than Hitler's bombs...

Full of Coronation Street's trademark humour and warmth, it's the perfect gift for Mother's Day.

Maggie Sullivan loves to travel, is an avid reader - never going without her Kindle - and her abiding love is watching football. She is an active member of The Romantic Novelists' Association and for several years edited their journal. She is also a freelance university lecturer and has a keen interest in drama and theatre.

Maggie was born and brought up in Manchester, where she acquired a lifelong passion for Coronation Street and its legendary matriarchs. After living abroad for several years, she settled in London where she still lives.

GOR009711377
Mother's Day on Coronation Street (Coronation Street, Book 2) by Maggie Sullivan
Maggie Sullivan
Coronation Street
Used - Like New
Paperback
HarperCollins Publishers
2019-02-21
384
0008255156
9780008255152
N/A
Book picture is for illustrative purposes only, actual binding, cover or edition may vary.
The book has been read, but looks new. The book cover has no visible wear, and the dust jacket is included if applicable. No missing or damaged pages, no tears, possible very minimal creasing, no underlining or highlighting of text, and no writing in the margins.