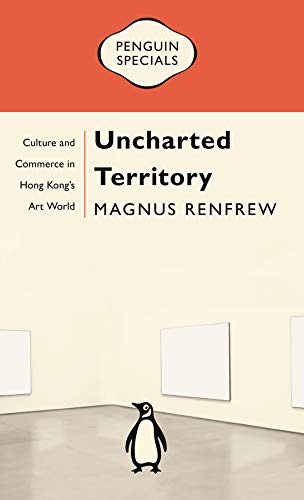 Hong Kong has the once-in-a-generation opportunity to assert itself as the creative and cultural hub of Asia, and to rival the established centres of New York and London. In providing an angle unique to the city, Hong Kong could play a pivotal role in redefining the concept of a 'global' art world. But, is it ready to take on the challenge? Magnus Renfrew, art expert and one of the driving forces behind the city's ascent in the art world, outlines the recent past and paints the future of Hong Kong's creative scene, all while reflecting on his own experiences and the new buzz around Hong Kong's endless possibilities.

"Concise and authoritative, a bold call for the territory to become the global city it's destined to be ..." --Kristie Lu Stout, CNN

Magnus Renfrew is a cultural entrepreneur and writer with over 20 years' experience in the international art world.

Renfrew served as founding director of Art Basel in Hong Kong from 2012-2014 following the acquisition of ART HK by MC H Group. From 2007-2012 Renfrew was the founding fair director of ART HK: Hong Kong International Art Fair. ART HK is widely credited with repositioning Hong Kong as the centre of the art market in Asia and as having a transformative impact on the cultural landscape of the city and its perception globally.

Renfrew has been recognized for his contribution by industry media and has regularly appeared in the Power 100 lists of ART + AUCTION, ART REVIEW and Le Journal des Arts as one of the 100 most influential figures in the art world. In 2013 he was honoured by the World Economic Forum as a Young Global Leader.

GOR009715021
Uncharted Territory: Culture and Commerce in Hong Kong's Art World by Magnus Renfrew
Magnus Renfrew
Used - Very Good
Paperback
Penguin Books Ltd
2018-05-28
112
0143794302
9780143794301
N/A
Book picture is for illustrative purposes only, actual binding, cover or edition may vary.
This is a used book - there is no escaping the fact it has been read by someone else and it will show signs of wear and previous use. Overall we expect it to be in very good condition, but if you are not entirely satisfied please get in touch with us.