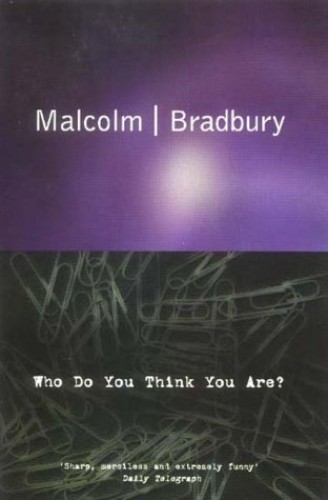 Who Do You Think You Are?
by Malcolm Bradbury

In Stock
$15.49
+10% GST
Who Do You Think You Are? contains all the wit, verbal dexterity and spot-on satirical humour of Malcolm Bradbury's finest novels, including the work that helped to define a generation, The History Man.
Good
Only 1 left

Who Do You Think You Are? Summary

Who Do You Think You Are? by Malcolm Bradbury

In addition he delights us with an irreverent and hilarious series of parodies of some of the greatest paradigms of the British and American literary scenes: a passage from Iris Murdoch's little-known The Sublime and the Ridiculous; Muriel Spark (a whole novel); the fifth volume of Durrell's Alexandria Quartet; John Osborne; J. D. Salinger and many more.

'A very funny book indeed. Malcolm Bradbury is a satirist of great assurance and accomplishment' Observer

'Bradbury's eye is sharp, his trigger-finger steady and unafraid, and his range and explosive power devastating' The Times

GOR003201130
Who Do You Think You Are? by Malcolm Bradbury
Malcolm Bradbury
Used - Good
Paperback
Pan Macmillan
2000-11-10
256
0330483498
9780330483490
N/A
Book picture is for illustrative purposes only, actual binding, cover or edition may vary.
This is a used book - there is no escaping the fact it has been read by someone else and it will show signs of wear and previous use. Overall we expect it to be in very good condition, but if you are not entirely satisfied please get in touch with us.