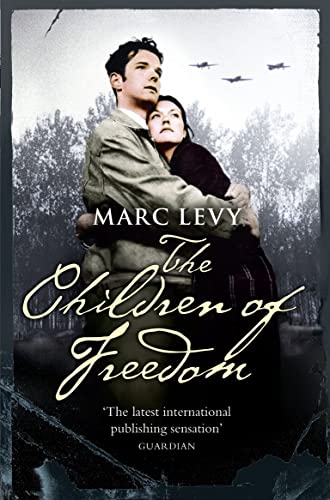 The Children of Freedom
by Marc Levy

A remarkable story of struggle and survival in World War II by France's No. 1 bestselling novelist

The Children of Freedom Summary

The Children of Freedom by Marc Levy

A remarkable story of struggle and survival in World War II by France's No. 1 bestselling novelist

Early in 1942, two young brothers join a Resistance group. All the members of the group are young, most of their families came from elsewhere in Europe or North Africa and all of them are passionately committed to the freedom of France and Europe. They find they are not welcomed by other French groups and thus Brigade 35 is formed. For most of them, their growing up, their falling in love, their sense of friendship and family are formed by their time with the group, and between moments of extreme danger and fear, a lifestyle of a kind of normality develops.

But tragedy follows when the brothers are arrested, a number of members of the Brigade 35 are killed and a traitor is suspected. The tensions between former comrades and other Resistance fighters mounts and all this against the desperate hope that the invasion by the allies is really drawing near and will rescue them all.

The Children of Freedom Reviews

Praise for `Children of Freedom'

`A moving tale of courage and the overwhelming instinct for survival.'
Le Monde

`The reader can't help but be moved by this book'
Elle

MARC LEVY is one of France's most successful authors but he came late to writing. Initially he worked for the Red Cross in Paris before leaving France to start up a successful computer graphics company in the US. Returning to France he started a very successful architecture company. Now he has made his home in London and has fallen in love with his adopted city.

Levy was inspired to write from his nightly habit of telling stories to his son and soon realised that this was what he was meant to do. Children of Freedom is the first of his novels to have a major British publication, despite his huge success across Europe.

GOR000953675
The Children of Freedom by Marc Levy
Marc Levy
Used - Very Good
Paperback
HarperCollins Publishers
2008-08-01
384
0007274955
9780007274956
N/A
Book picture is for illustrative purposes only, actual binding, cover or edition may vary.
This is a used book - there is no escaping the fact it has been read by someone else and it will show signs of wear and previous use. Overall we expect it to be in very good condition, but if you are not entirely satisfied please get in touch with us.