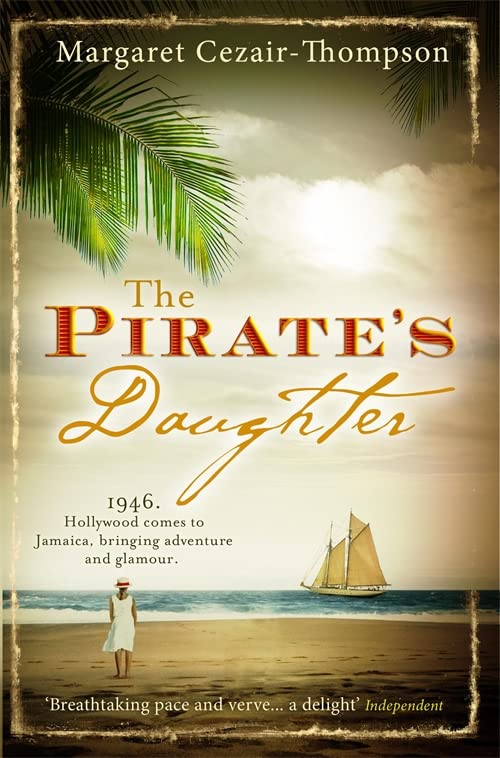 The Pirate's Daughter
by Margaret Cezair-Thompson

The ultimate 'thinking-person's beach read', a novel based on a fascinating kernel of fact.

The Pirate's Daughter by Margaret Cezair-Thompson

THE PIRATE'S DAUGHTER by Margaret Cezair-Thompson is an unforgettable story of love and adventure, spanning three decades of Jamaican history.

Jamaica, 1946. Errol Flynn washes up on in the Zaca, his storm-wrecked yacht. Ida Joseph, the teenaged daughter of Port Antonio's Justice of the Peace, is intrigued to learn that the 'World's Handsomest Man' is on the island, and makes it her business to meet him. For the jaded swashbuckler, Jamaica is a tropical paradise that Ida, unfazed by his celebrity, seems to share. Soon Flynn has made a home for himself on Navy Island, where he entertains the cream of Hollywood at parties that become a byword for decadence - and Ida has set her heart on marrying this charismatic older man who has singled her out for his attention. Flynn and Ida do not marry, but Ida bears Flynn a daughter, May, who will meet her father but once. The Pirate's Daughter is a tale of passion and recklessness, of two generations of women and their battles for love and survival, and of a nation struggling to rise to the challenge of hard-won independence.

'An unabashedly frangipani-scented - and wholly satisfying - armchair read' * Vogue *
'Breathtaking pace and verve... a delight' * Independent *
'A love song to a slice of paradise that's teetering on the edge... a complete joy' * Daily Mirror *
' A joy to read, at once humorous, touching and poetic... The Pirate's Daughter charms as surely as any dashing film hero' * Sunday Telegraph *
'Cezair-Thompson has a light enough touch to tie such weighty issues as race, class and politics...a panorama of the diverse life of Jamaica held together by a sense of beguilement with the island itself' * Time Out *

Margaret Cezair-Thompson was born and raised in Jamaica, West Indies. She is the author of the highly acclaimed, bestselling novel The Pirate's Daughter, which was a Richard & Judy Summer Read in 2008. The True History of Paradise was her first novel, and was shortlisted for the IMPAC Award. She is a professor of English at Wellesley College, and lives in Massachusetts.

GOR003132523
The Pirate's Daughter by Margaret Cezair-Thompson
Margaret Cezair-Thompson
Used - Very Good
Paperback
Headline Publishing Group
2008-06-12
528
075534359X
9780755343591
N/A
Book picture is for illustrative purposes only, actual binding, cover or edition may vary.
This is a used book - there is no escaping the fact it has been read by someone else and it will show signs of wear and previous use. Overall we expect it to be in very good condition, but if you are not entirely satisfied please get in touch with us.