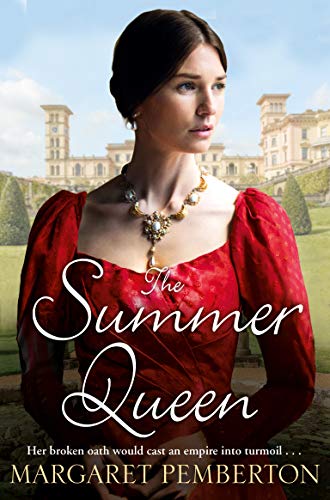 The Summer Queen
by Margaret Pemberton

Used Price
$15.99
inc. GST
Free Shipping in Australia
Sweeping across Europe from Britain to Russia at the turn of the 20th century, The Summer Queen explores the lives of a royal family united by love, yet divided by war.
Reviews:
Trustpilot
Very Good

The Summer Queen by Margaret Pemberton

The Summer Queen is an evocative and grand historical novel from Margaret Pemberton, the bestselling author of A Season of Secrets and Beneath the Cypress Tree.

August 1879, Osborne House. Queen Victoria has occupied the British throne for over forty years. Bringing together her extended family from across Europe offers a chance for old alliances to be strengthened and new unions to be forged.

May Teck, daughter of a Duke and Princess, is constantly reminded that she lacks the pedigree to be a true royal. Considering herself an outsider, she finds comfort in meeting two kindred spirits at Osborne; creating a bond with them that she thinks will last forever.

Alicky lives in the shadow of her older siblings and has never recovered from the death of her mother. Until she meets Nicky, heir to the Russian throne, who sweeps her off to his homeland where life will never be the same again.

And then there is Willy, destined to be the future Kaiser of Germany. Suffering from a birth defect, he's always kept his true feelings locked away and all the world sees is the bombastic persona he projects. As shifting forces of power send warning ripples across Europe, an unavoidable war looms on the horizon . . .

This engrossing saga follows Victoria's grandchildren, including Kaiser Wilhelm II, the tsarina of Russia and the future Queen Mary, over 40 turbulent years before their dreams end in war and revolution * S Magazine *
Margaret Pemberton is one of the best saga writers around, writing gritty, gutsy tales * The Bookseller *
Praise for Never Leave Me: Margaret Pemberton's compelling tale of love during wartime humanizes the enemy and shows that war affects everyone * Booklist *

Margaret Pemberton is the bestselling author of over thirty novels in many different genres, some of which are contemporary in setting and some historical. Her previous work includes The Londoners Trilogy.

She has served as Chairman of the Romantic Novelists' Association and has three times served as a committee member of the Crime Writers' Association. Born in Bradford, she is married to a Londoner, has five children and two dogs and lives in Whitstable, Kent. Apart from writing, her passions are tango, travel, English history and the English countryside.

GOR009860468
The Summer Queen by Margaret Pemberton
Margaret Pemberton
Used - Very Good
Paperback
Pan Macmillan
2019-05-28
512
1509841784
9781509841783
N/A
Book picture is for illustrative purposes only, actual binding, cover or edition may vary.
This is a used book - there is no escaping the fact it has been read by someone else and it will show signs of wear and previous use. Overall we expect it to be in very good condition, but if you are not entirely satisfied please get in touch with us.