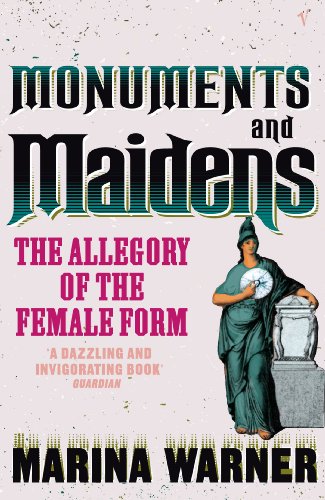 Monuments And Maidens
by Marina Warner

In Stock
$31.99
inc. GST
As her book shows, these stony ladies can be persuaded to yield surprisingly interesting answers' - Lorna Sage, ObserverAn entertaining and enlightening book about the relationship between allegory and female form from one of the great feminists and cultural historians of our time, Marina Warner.
Good Well Read
Only 1 left

Monuments And Maidens: The Allegory of the Female Form by Marina Warner

'Why should Truth be a woman? Or Nature? Or Justice? Or Liberty? Not, certainly, because women have been more free, just, truthful, nor even (though this one has a double edge) more natural. Marina Warner sets out to breathe some life into the army of petrified personages that litters western cityscapes... As her book shows, these stony ladies can be persuaded to yield surprisingly interesting answers' - Lorna Sage, Observer An entertaining and enlightening book about the relationship between allegory and female form from one of the great feminists and cultural historians of our time, Marina Warner.

"A book to change the way we see the world, and the place of women in it" * Literary Review *
"Even the most sceptical will be struck by the insights, and forced to think about the questions raised. They lead naturally into an exploration of the nature of the feminine itself" * Sunday Telegraph *
"Marina Warner examines three very different uses of the female form: New York's statue of Liberty, the public sculptures of central Paris and the images of Mrs Thatcher favoured by Fleet Street. The latter is one of the most brilliant analyses in the book, displaying Warner's combination of wit and erudition at its most dazzling" * Financial Times *
"An eye-opening and wonderfully readable study" -- Mary Beard * Daily Express *

Marina Warner spent her early years in Cairo, and was educated at a convent in Berkshire, and then in Brussels and London, before studying modern languages at Oxford. She is an internationally acclaimed cultural historian, critic, novelist and short story writer. From her early books on the Virgin Mary and Joan of Arc, to her bestselling studies of fairy tales and folk stories, From the Beast to the Blonde and No Go the Bogeyman, her work has explored different figures in myth and fairy tale and the art and literature they have inspired. She lectures widely in Europe, the United States and the Middle East, and is currently Professor in the Department of Literature, Film and Theatre Studies, University of Essex. She was appointed CBE in 2008. www.marinawarner.com

GOR003098815
Monuments And Maidens: The Allegory of the Female Form by Marina Warner
Marina Warner
Used - Good
Paperback
Vintage Publishing
1996-02-01
496
0099588811
9780099588818
N/A
Book picture is for illustrative purposes only, actual binding, cover or edition may vary.
This is a used book. We do our best to provide good quality books for you to read, but there is no escaping the fact that it has been owned and read by someone else previously. Therefore it will show signs of wear and may be an ex library book.