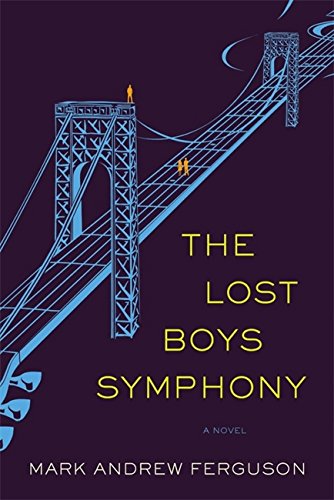 In Stock
$43.99
inc. GST
A startingly original, genre-bending literary debut in which a lovesick college student is abducted by other versions of himself from the future.
Very Good
Only 1 left

After Henry's girlfriend Val leaves him and transfers to another school, his grief begins to manifest itself in bizarre and horrifying ways. Cause and effect, once so reliable, no longer appear to be related in any recognizable manner. Either he's hallucinating, or the strength of his heartbreak over Val has unhinged reality itself.

After weeks of sleepless nights and sick delusions, Henry decides to run away. If he can only find Val, he thinks, everything will make sense again. So he leaves his mother's home in the suburbs and marches toward the city and the woman who he thinks will save him. Once on the George Washington Bridge, however, a powerful hallucination knocks him out cold. When he awakens, he finds himself kidnapped by two strangers--one old, one middle-aged--who claim to be future versions of Henry himself. Val is the love of your life, they tell him. We've lost her, but you don't have to.

In the meantime, Henry's best friend Gabe is on the verge of breakdown of his own. Convinced he is somehow to blame for Henry's deterioration and eventual disappearance, Gabe is consumed by a potent mix of guilt and sadness. When he is approached by an enigmatic stranger claiming to be an older version of his lost friend, Gabe begins to fear for his own sanity. With no one else to turn to, he reaches out to the only person who can possibly help him make sense of it all: Val.

"Agonizingly real. Emotionally perfect. You can taste the weedy, sour first beers that Val and Gabe share months after Henry's disappearance, hear the jangling syncopation of the songs in Henry's head ... it all plays out in a constant state of fluttering, haloed authenticity ... Ferguson does not judge. He does not coddle. He simply tells his tale and lets it lie there, as beautiful and broken as anything else in the world."--Jason Sheehan, NPR.org
"The Lost Boys Symphony is a crazed and discombobulating odyssey. Ferguson takes big risks and tackles big themes in this daring, savvy, and delightfully unpredictable debut."--Jonathan Evison, author of West of Here and The Revised Fundamentals of Caregiving
"A wonderfully mad fugue of young love and time out of joint that grabs you from the first scene and keeps you guessing until the last."--Matt Ruff, author of The Mirage and Bad Monkeys
"In The Lost Boys Symphony, Ferguson bends the sides of a love triangle so far, he also bends minds. Full of suspense and empathy, this novel has changed how I think about time, perception and love."--Claire Cameron, Baileys Women's Prize-longlisted author of The Bear
"Mark Andrew Ferguson hinges the classic love triangle conflict to a mind-bending page-turner about madness, time travel, and alternate realities. Mesmerizing and dazzlingly original--a breakout novel."--Wally Lamb, author of We Are Water and She's Come Undone
"This book, like good music, will sweep you up.... Despite all the time travel, Ferguson's core is a coming-of-age tale that takes the form of a love triangle; remove the fantasy, and you have a novel as old-fashioned as Jeffrey Eugenides' The Marriage Plot. But that's not a bad thing--Ferguson never stresses the weirdness of his construction, focusing instead on convincingly realistic details so that even the surrealism seems earthbound. Moving."--Kirkus
"Vivid, haunting, stellar prose. A brave meditation on the fragility of the mind and the treachery of the heart."--Matthew Quick, author of The Silver Linings Playbook and The Good Luck of Right Now
"Graceful rhythms. Accessible and intelligent. Comfortably free of pretension. Resonant."--Publishers Weekly
"THE LOST BOYS SYMPHONY's complexities are fascinating and its characters haunting. A must-read for fans of the offbeat."--Michael Cart, Booklist

Mark Andrew Ferguson is a book marketer, graphic designer, and author. The Lost Boys Symphony is his first novel. He lives in Connecticut with his wife and son.

GOR008919182
The Lost Boys Symphony by Mark Andrew Ferguson
Mark Andrew Ferguson
Used - Very Good
Hardback
Little, Brown & Company
2015-03-10
352
0316323993
9780316323994
N/A
Book picture is for illustrative purposes only, actual binding, cover or edition may vary.
This is a used book - there is no escaping the fact it has been read by someone else and it will show signs of wear and previous use. Overall we expect it to be in very good condition, but if you are not entirely satisfied please get in touch with us.