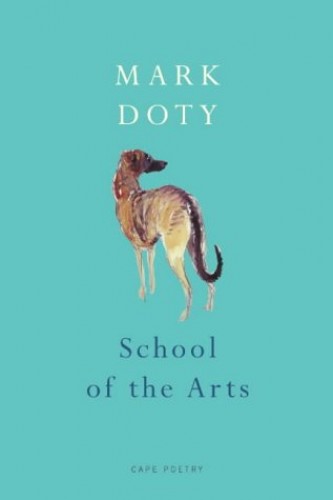 School of the Arts
by Mark Doty

Out of Stock
$24.99
inc. GST
'When I say I hate time, Paul sayshow else could we find depthof character, or grow souls?'The darkly graceful poems in Mark Doty's seventh collection explore the ways in which we are educated by the implacable powers of time and desire.
Very Good
Only 0 left

School of the Arts Summary

School of the Arts by Mark Doty

'When I say I hate time, Paul says how else could we find depth of character, or grow souls?' The darkly graceful poems in Mark Doty's seventh collection explore the ways in which we are educated by the implacable powers of time and desire. The world constantly renews itself, and the new brings both possibility and erasure. Given the limits of our own bodies, how are we to live within the inevitability of despair? This is the plainest of Doty's books, its language stripped and humbled. But whatever depths are sounded in these poems, their humane and open music sustains. Art itself instructs us. Lucian Freud's startling renditions of human skin, Virginia Woolf's ecstatic depiction of consciousness, Caravaggio's only too real people elevated to difficult glory - all turn the light of human intelligence upon 'the night of time'. Formally inventive, warm, at once witty and disconsolate, School of the Arts represents a poet reinventing his own voice at midlife, finding a way through a troubled passage. Acutely attentive, insistently alive, this is a book of 'fierce vulnerability'.

School of the Arts Reviews

"Mark Doty is one of the major figures in contemporary American poetry, and a new book from him is always an event" -- John Killick * The North *
"The American poet Mark Doty dissents from the assumption that a plain style is more truthful than an elaborate one. Some poets are hypnotised by language and get caught flat-footed, but Doty is witty and quick... Wonderful" -- Alan Marshall * Daily Telegraph *
"Bishop's influence is apparent in Doty's shape-shifting, peripatetic style, his careful accumulation of sharply observed detail. While Doty has inherited from James Merrill, he shares somethign of the Bishop/Moore fondness for eccentric syntax, as well as their strength of phrasing" -- Catriona O'Reilly * Times Literary Supplement *
"Doty's is a land of plenty, his poems celebrate abundance" -- Colm Toibin * London Review of Books *

GOR001864057
School of the Arts by Mark Doty
Mark Doty
Used - Very Good
Paperback
Vintage Publishing
2005-03-15
112
0224075187
9780224075183
N/A
Book picture is for illustrative purposes only, actual binding, cover or edition may vary.
This is a used book - there is no escaping the fact it has been read by someone else and it will show signs of wear and previous use. Overall we expect it to be in very good condition, but if you are not entirely satisfied please get in touch with us.