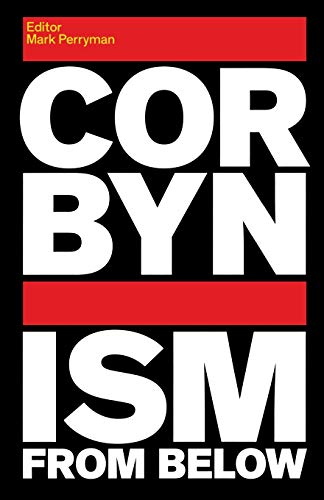 Corbynism from Below by Mark Perryman

In Corbynism from Below, thinkers, writers and activists chart the terrain of a radical Labour politics that has risen as much from below, as been led from the top.

Corbynism from Below by Mark Perryman

Jeremy Corbyn is the epitome of the anti-leader: he would, by impulse, shy away from the very idea of `Corbynism'. Yet when a general election is called, Corbyn's Labour promises to force a break with the current consensus every bit as historic as those of Attlee in 1945 and Thatcher in 1979. Corbyn is a phenomenon that has been purposely misrepresented and wilfully misunderstood, with supporters derided as `Corbynistas', fans and cultists. This book of specially commissioned essays explores the true nature of Jeremy Corbyn's leadership; expectations of how Labour might fulfil its promise of a new kind of politics; and the limits to what Labour can achieve; as well as offering tools for transforming the party from the bottom up. Building on the work of Mark Perryman's previous book The Corbyn Effect, this new collection is vital reading for all those interested in left politics and the future of the Labour Party. It presents a comprehensive account of Jeremy Corbyn's Labour Party: where it came from, how it has begun a process of radical change, and the party it promises to become.

'To enact a radical programme, Labour needs to be in office - but to get there, it needs to energise members, supporters and voters on an unprecedented scale.Corbynism from Below helps us understand how that energy might be created.'

'Corbynism promised the end of a top-down Labour Party and the start of a mass movement to change society for good. This is no easy task. Corbynism from Below describes the detours and difficulties along the way, without losing sight of the movement's prospects and possibilities.'

'It is the grit, tenacity and creativity of activists, both inside and outside the Labour Party, which has kept the Corbyn project alive ... The success of Corbynism will depend on the mobilisation of these activists, and this book accounts for how we have achieved so much so far, without forgetting all that remains still to be done.'

'The last few years have seen a plethora of ideas bubbling up from the grassroots movement that underpinned Jeremy Corbyn's dramatic rise to be leader of the Labour Party. It fills me with hope that this ecosystem of thinkers on the left just keeps growing and growing - and these essays are a hugely important contribution to that.'

Mark Perryman edited The Corbyn Effect (2017) and is a regular contributor on Labour politics for publications including Open Democracy, Labour Hub and the Morning Star. For the past two years, Mark has been on the road, speaking at packed-out Labour CLP and Momentum group meetings on the politics of Corbynism.
Keynote Chapter Mark Perryman: Labour Turned Upside Down From the Bottom Up Jeremy Gilbert: Acid Corbynism Lorna Finlayson: There is No Alternative Andrew Gamble: Populist Right vs Popular Left Jessica Garland: A Members-led Party The Tools Adam Klug & Emma Rees: Time to Think Big, Bigger, Biggest Phil Burton-Cartledge: The Stoke Frontline Heather Wakefield: Trade Unionism for the Many Anne Coddington: Social Media The Limits Neal Lawson: Pluralism Lindsey German: Outside Left Gerry Hassan: Territorial Politics Satnam Virdee: Identity Politics The Potential Hilary Wainwright: Beyond Labour's Fragments Paul Hilder: The Digital Party Paula Surridge: The Battleground Seats Marcus Barnett: We're Having a Party
GOR010961305
Corbynism from Below by Mark Perryman
Mark Perryman
Used - Like New
Paperback
Lawrence and Wishart Ltd
2019-09-09
280
1912064251
9781912064250
N/A
Book picture is for illustrative purposes only, actual binding, cover or edition may vary.
The book has been read, but looks new. The book cover has no visible wear, and the dust jacket is included if applicable. No missing or damaged pages, no tears, possible very minimal creasing, no underlining or highlighting of text, and no writing in the margins
Trustpilot