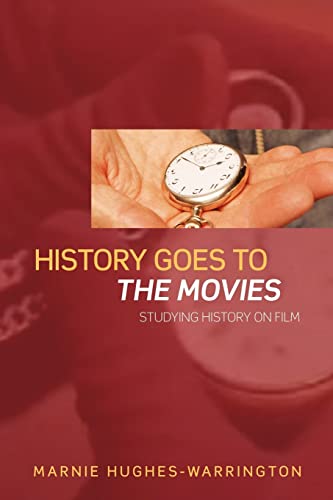 From "Saving Private Ryan" to "Picnic at Hanging Rock" and "Pocahontas", this book serves as a guide to the issues involved in using historical film in the study of history. Using examples ranging from late nineteenth century short films, to twenty-first century DVDs, it incorporates film analysis, advertisements, merchandise and internet forums.

Can films be used as historical evidence? Do historical films make good or bad history? Are documentaries more useful to historians than historical drama?

Written from an international perspective, this book offers a lucid introduction to the ways films are made and used, cumulating with the exploration of the fundamental question, what is history and what is it for?

Incorporating film analysis, advertisements, merchandise and internet forums; and ranging from late-nineteenth century short films to twenty-first century DVD 'special editions', this survey evaluates the varied ways in which filmmakers, promoters, viewers and scholars understand film as history. From Saving Private Ryan to Picnic at Hanging Rock to Pocahontas, History Goes to the Movies considers that history is not simply to be found in films, but in the perceptions and arguments of those who make and view them.

This helpful introductory text blends historical and methodological issues with real examples to create a systematic guide to issues involved in using historical film in the study of history. History Goes to the Movies is a much-needed overview of an increasingly popular subject.

Marnie Hughes-Warrington is Senior Lecturer in Modern History at Macquarie University, Australia. She is author of Fifty Key Thinkers on History (Routledge, 2000), 'How Good an Historian Shall I Be?': R.G. Collingwood, the Historical Imagination and Education (2003) and editor of Palgrave Advances in World Histories (2005).
Introduction: Why History on Film? 1. Words and Images, Images and Words 2. Genre 3. Pasts, Presents and Futures 4. Identity 5. Reality 6. Documentary 7. Propaganda 8. Selling History. Conclusion: Beyond 'Historiophoty': Film as History
GOR010637197
9780415328289
0415328284
History Goes to the Movies: Studying History on Film by Marnie Hughes-Warrington (Australian National University, Australia)
Marnie Hughes-Warrington (Australian National University, Australia)
Used - Like New
Paperback
Taylor & Francis Ltd
2006-09-29
218
N/A
Book picture is for illustrative purposes only, actual binding, cover or edition may vary.
The book has been read, but looks new. The book cover has no visible wear, and the dust jacket is included if applicable. No missing or damaged pages, no tears, possible very minimal creasing, no underlining or highlighting of text, and no writing in the margins
Trustpilot