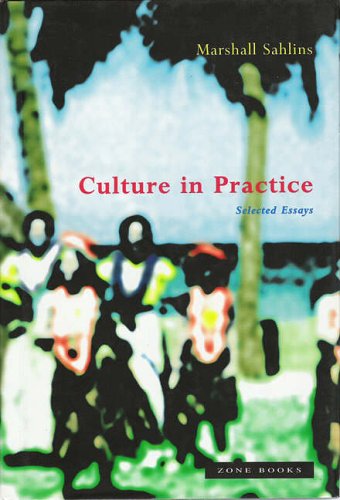 Culture in Practice
by Marshall Sahlins

In Stock
$31.99
inc. GST
Essays that span the career of a prominent anthropologist and address the fundamental questions of the field.
Very Good
Only 1 left

Essays that span the career of a prominent anthropologist and address the fundamental questions of the field. Culture in Practice collects the academic and political writings from the 1960s through the 1990s of anthropologist Marshall Sahlins. More than a compilation, Culture in Practice unfolds as an intellectual autobiography. The book opens with Sahlins's early general studies of culture, economy, and human nature. It then moves to his reportage and reflections on the war in Vietnam and the antiwar movement, the event that most strongly affected his thinking about cultural specificity. Finally, it offers his more historical and globally aware works on indigenous peoples, especially those of the Pacific islands. Sahlins exposes the cultural specificity of the West, developing a critical account of the distinctive ways that we act in and understand the world. The book includes a play/review of Robert Ardrey's sociobiology, essays on "native" consumption patterns of food and clothes in America and the West, explorations of how two thousand years of Western cosmology affect our understanding of others, and ethnohistorical accounts of how cultural orders of Europeans and Pacific islanders structured the historical experiences of both. Throughout, Sahlins offers his own way of thinking about the anthropological project. To transcend critically our native categories in order to understand how other peoples have historically constructed their modes of existence-even now, in the era of globalization-is the great challenge of contemporary anthropology.

Marshall Sahlins is the Charles F. Grey Distinguished Service Professor of Anthropology Emeritus at the University of Chicago. His books include Stone Age Economics, Culture and Practical Reason, Islands of History, and How "Natives" Think: About Captain Cook, For Example.

GOR008031966
Culture in Practice: Selected Essays by Marshall Sahlins
Marshall Sahlins
Zone Books
Used - Very Good
Paperback
Zone Books
2005-08-26
648
0942299388
9780942299380
N/A
Book picture is for illustrative purposes only, actual binding, cover or edition may vary.
This is a used book - there is no escaping the fact it has been read by someone else and it will show signs of wear and previous use. Overall we expect it to be in very good condition, but if you are not entirely satisfied please get in touch with us.