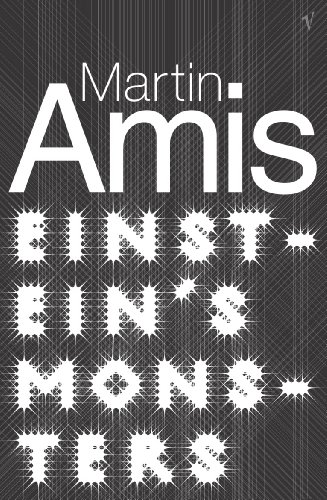 An ex-circus strongman, veteran of Warsaw, 1939, and Notting Hill rough-justice artist, meets his own personal holocaust and 'Einsteinian' destiny; maximum boredom and minimum love-making are advised in a 2020 epidemic; a virulent new strain of schizophrenia overwhelms the young son of a 'father of the nuclear age'; evolution takes a rebarbative turn in a Kafkaesque love story; and the history of the earth is frankly discussed by one who has witnessed it all. The stories in this collection form a unity and reveal a deep preoccupation: '"Einstein's Monsters" refers to nuclear weapons but also to ourselves,' writes Amis in his enlightening introductory essay, 'We are Einstein's monsters: not fully human, not for now.'

"A phenomenal writer. He has style as quick and efficient as a flick-knife, and a gift for the grotesque that makes other people's nightmares look like Victorian watercolours" * Sunday Times *
"Amis is first-rate; arguing inventing, demonstrating, parodying, being funny and shocking in the same breath" * Observer *
"Amis's introduction to these five stories is a beautifully judged piece of polemic; a carefully reasoned emotionally charged attack on the unthinkable folly of nuclear war - an elegant, funny, moving book" * Daily Telegraph *

GOR001406485
Einstein's Monsters by Martin Amis
Martin Amis
Used - Very Good
Paperback
Vintage Publishing
1998-10-01
128
0099768917
9780099768913
N/A
Book picture is for illustrative purposes only, actual binding, cover or edition may vary.
This is a used book - there is no escaping the fact it has been read by someone else and it will show signs of wear and previous use. Overall we expect it to be in very good condition, but if you are not entirely satisfied please get in touch with us.