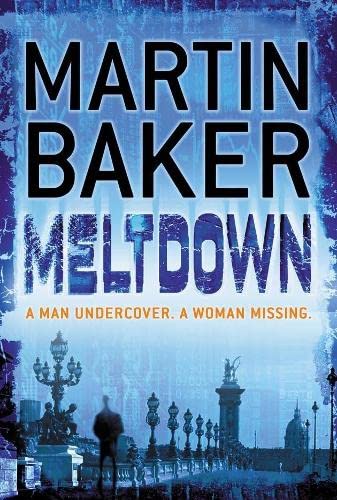 Samuel Spendlove, one of the brightest young academics at Oxford, has given it all up to work undercover for William Barton, owner of a massive media empire. His reasons are complicated, but he's finding he gets a thrill out of working for Khan, the legendary market trader, working out of the Paris office of Ropner's Bank, whose dealings have been known to bring nations to their knees. Barton wants information about Khan. He wants revenge over a man who has bested him once. Spendlove assumes he wants to ensure it is only the once...

Spendlove enjoys both sides of this game, until it all unravels and he finds himself simultaneously accused of almost bringing down the global economy and of the murder of Kaz Day, a glamorous colleague on the trading floor. He goes into hiding in the surreal and dangerous world of underground Paris chased by the police, by Khan, the bank and William Barton... and helped by Kaz's bi-curious lover, Lauren. But who framed him and why?

Martin Baker read law at Brasenose College, Oxford, and qualified as a solicitor in the City before entering journalism. He currently writes for the Daily Telegraph and the Independent on Sunday and has worked previously for The Times, the Independent and Sunday Business and written columns for the Sunday Telegraph and the Observer. He was editor-in-chief of the now defunct online site, the street.co.uk and was the personal investment editor of the International Herald Tribune in Paris for seven years. He has won an number of awards for journalism, including the Citicorp Grand Award for Excellence. He lives in London, surrounded by many children, and is married to City fund manager Nicola Horlick. This is his first novel.

GOR000760053
Meltdown by Martin Baker
Martin Baker
Used - Very Good
Hardback
Pan Macmillan
2008-01-04
400
0230530303
9780230530300
N/A
Book picture is for illustrative purposes only, actual binding, cover or edition may vary.
This is a used book - there is no escaping the fact it has been read by someone else and it will show signs of wear and previous use. Overall we expect it to be in very good condition, but if you are not entirely satisfied please get in touch with us.