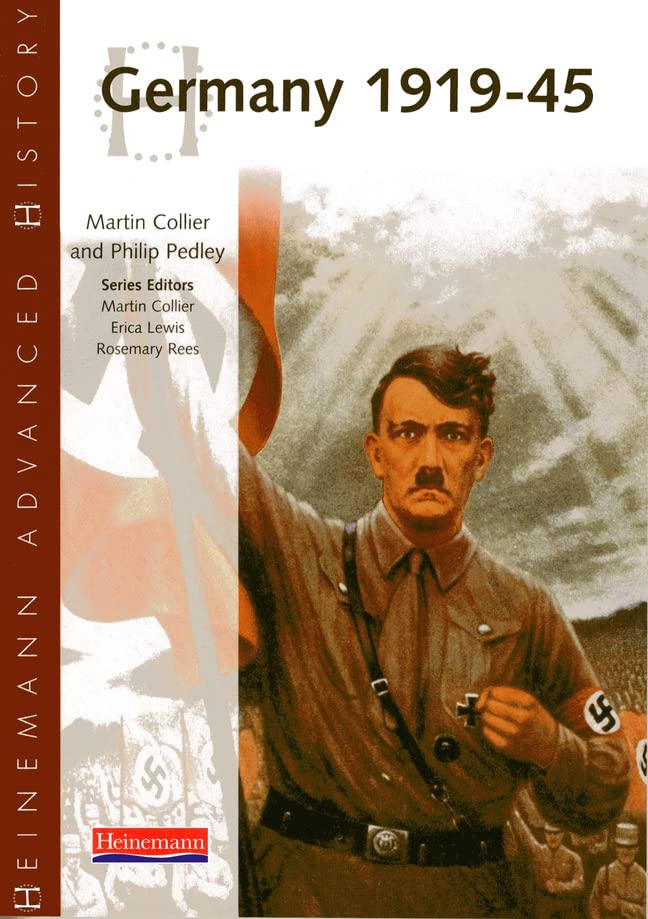 In Stock
$38.99
inc. GST
A study of Germany between 1919 and 1945. It is designed to fulfil the AS and A Level specifications in place from September 2000. The two AS sections deal with narrative and explanation of the topic. The A2 section reflects the different demands of the higher level examination.
Very Good Good
6 in stock

A study of Germany between 1919 and 1945 for AS and A Level History students. It is designed to fulfil the AS and A Level specifications in place from September 2000. The two AS sections deal with narrative and explanation of the topic. There are extra notes, biography boxes and definitions in the margin, and summary boxes to help students assimilate the information. The A2 section reflects the different demands of the higher level examination by concentrating on analysis and historians' interpretations of the material covered in the AS sections. There are practice questions and hints and tips on what makes a good answer.

NARRATIVE AND EXPLANATION Weimar Germany, 1918-29 - 1 Defeat, unrest and the creation of the Weimar Republic, 1918-20 2 The Treaty of Versailles 3 The Weimar constitution 4 Unrest and financial collapse, 1920-3 5 Weimar politics and economic problems, 1924-9 6 Foreign policy and the role of Gustav Stresemann 7 Weimar culture and society

ANALYSIS AND INTERPRETATION Weimar and Nazi Germany - 1 Why did the Nazis come to power? 2 The Nazi state 3 The Nazi economy 4 Nazi society 5 The Holocaust 6 Opposition to the Nazis 7 Expansion and aggression: German foreign policy, 1933-45

A2 Assessment: A2 Weimar and Nazi Germany

GOR001210005
Heinemann Advanced History: Germany 1919-45 by Martin Collier
Martin Collier
Heinemann Advanced History
Used - Very Good
Paperback
Pearson Education Limited
2000-06-01
272
0435327216
9780435327217
N/A
Book picture is for illustrative purposes only, actual binding, cover or edition may vary.
This is a used book - there is no escaping the fact it has been read by someone else and it will show signs of wear and previous use. Overall we expect it to be in very good condition, but if you are not entirely satisfied please get in touch with us.