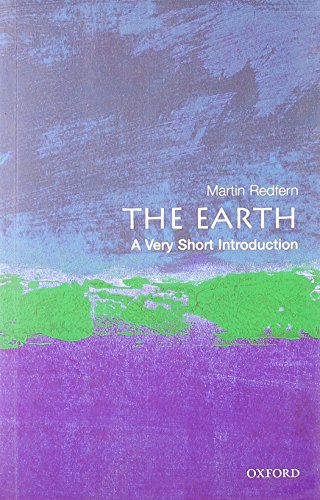 In Stock
$16.49
inc. GST
Exploring the geological research, this title explains how advances in the understanding of plate tectonics, seismology, and satellite imagery have enabled us to see the Earth for what it is. It introduces the concepts of continental drift, the earth's structure, sea floor spreading, and the relationship between the atmosphere and the oceans.
Very Good Good Well Read
6 in stock

For generations, the ground beneath the feet of our ancestors seemed solid and unchanging. Around 30 years ago, two things happened that were to revolutionize the understanding of our home planet. First, geologists realized that the continents themselves were drifting across the surface of the globe and that oceans were being created and destroyed. Secondly, pictures of the entire planet were returned from space. As the astronomer Fred Hoyle had predicted, this 'let loose an idea as powerful as any in history'. Suddenly, the Earth began to be viewed as a single entity; a dynamic, interacting whole, controlled by complex processes we scarcely understood. It began to seem less solid. As one astronaut put it, 'a blue jewel on black velvet; small, fragile and touchingly alone'. Geologists at last were able to see the whole as well as the detail; the wood as well as the trees. This book brings their account up to date with the latest understanding of the processes that govern our planet. ABOUT THE SERIES: The Very Short Introductions series from Oxford University Press contains hundreds of titles in almost every subject area. These pocket-sized books are the perfect way to get ahead in a new subject quickly. Our expert authors combine facts, analysis, perspective, new ideas, and enthusiasm to make interesting and challenging topics highly readable.

"A useful overview of the processes that have shaped our planet. All in all, if you have limited time and only want to dip into a subject, this sort of condensed introduction to a complicated topic like the Earth will hopefully whet your appetite for a more in-depth knowledge."--Katherine Joy, The Astrobiology Society of Britain

Martin Redfern studied geology at University College London. Since 1981 he has worked as an executive producer at the BBC World Service Science Unit, making programmes for both the World Service and Radio 4. He has also written extensively for magazines and newspapers such as New Scientist, The Economist, the Sunday Times, and the Independent on Sunday. His books include Journey to the Centre of the Earth, (Broadside Books 1991), The Kingfisher Book of Space (1998), and The Kingfisher Book of Planet Earth (1999), which was short-listed for the Aventis Junior Science Book Prize.