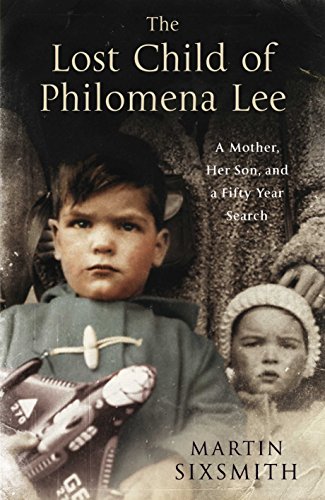 The Lost Child of Philomena Lee
by Martin Sixsmith

In Stock
$16.99
+10% GST
A compelling story of family secrets,love and loss
Good Well Read
Only 1 left

The Lost Child of Philomena Lee: A Mother, Her Son and a Fifty Year Search by Martin Sixsmith

When she fell pregnant as a teenager in Ireland in 1952, Philomena Lee was sent to the convent of Roscrea, Co. Limerick, to be looked after as a `fallen woman' and at the age of three her baby was whisked away and `sold' to America for adoption. Coerced into signing a document promising `Never to Seek to Know' what the Church did with him, she never saw him again. She would spend the next fifty years searching for her son, unaware that he spent his life searching for her.

Philomena's son, renamed Michael Hess, grew up to be a top lawyer and then a Republican politician in the first Bush administration. But he was also gay and in 1980s Washington being out and proud was not an option. He not only had to conceal not only his sexuality, but, eventually, the fact that he had AIDs. With little time left, he returned to Ireland and the convent in which he was born to plead with the nuns to tell him who his mother was, so that he might see her before he died. They refused.

The Lost Child of Philomena Lee is the story of a mother and a son, whose lives were blighted by the forces of hypocrisy on both sides of the Atlantic and of the secrets they were forced to keep. A compelling narrative of human love and loss, Martin Sixsmith's moving account is both heartbreaking yet ultimately redemptive.

MARTIN SIXSMITH was born in Cheshire and educated at Oxford, Harvard and the Sorbonne. From 1980 to 1997 he worked for the BBC as the Corporation's correspondent in Moscow, Washington, Brussels and Warsaw. From 1997 to 2002 he worked for the Government as Director of Communications and Press Secretary first to Harriet Harman, then to Alistair Darling and finally to Stephen Byers. He is now a writer, presenter and journalist. He is the author of two novels, Spin and I Heard Lenin Laugh, and several works of non-fiction, including Philomena, first published in 2009 as The Lost Child of Philomena Lee, which is the basis for Stephen Frears' acclaimed film, Philomena, starring Steve Coogan (playing the author) and Judi Dench. He lives in London.

GOR001638736
The Lost Child of Philomena Lee: A Mother, Her Son and a Fifty Year Search by Martin Sixsmith
Martin Sixsmith
Used - Good
Paperback
Pan Macmillan
2009-09-04
464
0230744273
9780230744271
N/A
Book picture is for illustrative purposes only, actual binding, cover or edition may vary.
This is a used book - there is no escaping the fact it has been read by someone else and it will show signs of wear and previous use. Overall we expect it to be in very good condition, but if you are not entirely satisfied please get in touch with us.