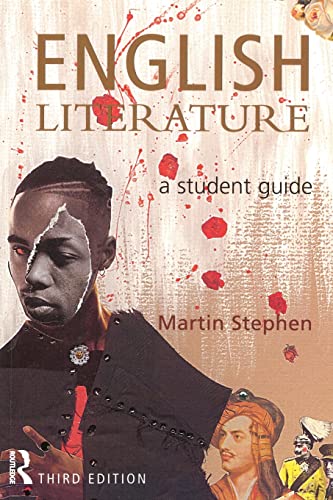 Out of Stock
$27.99
inc. GST
An introduction and course companion to literary studies for A level and degree students. The text includes chapters on gothic and war literature and sections on Swift, Dryden, Matthew Arnold and Kipling. It provides study, examination and revision techniques.
Very Good
Only 0 left

Now appearing in its third edition, Martin Stephen's classic text and course companion to English literature has been thoroughly revised and updated, taking account of the changes which have occurred in the subject since publication of the second edition.

'...gives extremely pertinent advice on the practical criticism of poetry, prose and drama... .Ranging over everything from Chaucer to modern drama this sketches in the background and then cunningly identifies question areas. A good idea...'
Times Educational Supplement

GOR003013705
English Literature: A Student Guide by Martin Stephen
Martin Stephen
Used - Very Good
Paperback
Taylor & Francis Ltd
1999-11-26
400
0582414512
9780582414518
N/A
Book picture is for illustrative purposes only, actual binding, cover or edition may vary.
This is a used book - there is no escaping the fact it has been read by someone else and it will show signs of wear and previous use. Overall we expect it to be in very good condition, but if you are not entirely satisfied please get in touch with us.