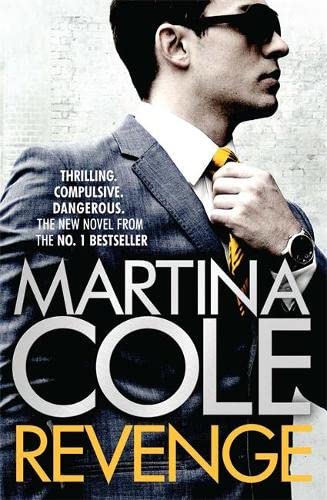 Revenge: A pacy crime thriller of violence and vengeance by Martina Cole

BE SURE YOUR SINS WILL FIND YOU OUT.

Michael Flynn is untouchable in a world of power, money and violence. He fights for what he wants and he takes it, whatever the cost. He learns the rules of the Life from the best and when his mentor, legendary Face Patrick Costello, is taken out, no one questions that Michael Flynn is his natural successor. For Michael, loyalty - and crime - pay.

Michael Flynn rises to heights beyond anything the criminal underworld has seen. He owns everyone and he rules his empire with an even but fierce hand. No one would dare challenge him.

Then the unthinkable happens.

Perhaps Michael Flynn is not so untouchable after all, and he must learn that . . .

WITHOUT THE SHEDDING OF BLOOD THERE CAN BE NO FORGIVENESS OF SINS.

GOR005316666
Revenge: A pacy crime thriller of violence and vengeance by Martina Cole
Martina Cole
Used - Very Good
Paperback
Headline Publishing Group
2013-10-24
560
0755375629
9780755375622
N/A
Book picture is for illustrative purposes only, actual binding, cover or edition may vary.
This is a used book - there is no escaping the fact it has been read by someone else and it will show signs of wear and previous use. Overall we expect it to be in very good condition, but if you are not entirely satisfied please get in touch with us.