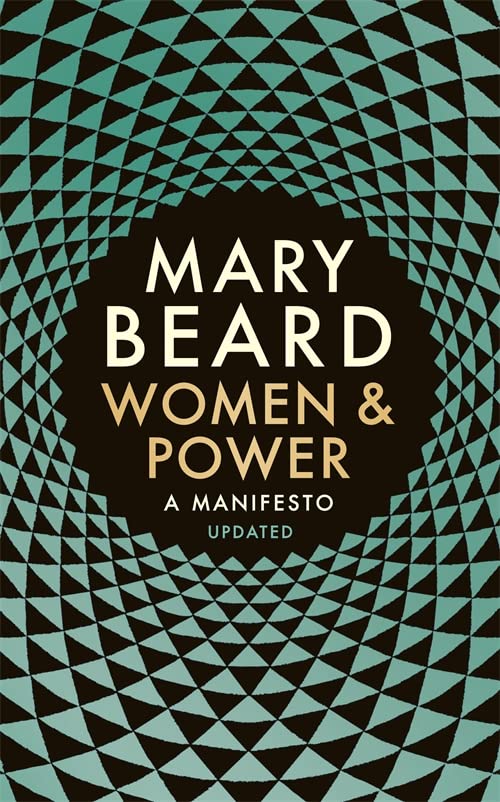 An updated edition of the Sunday Times Bestseller Britain's best-known classicist Mary Beard, is also a committed and vocal feminist. With wry wit, she revisits the gender agenda and shows how history has treated powerful women. Her examples range from the classical world to the modern day, from Medusa and Athena to Theresa May and Hillary Clinton. Beard explores the cultural underpinnings of misogyny, considering the public voice of women, our cultural assumptions about women's relationship with power, and how powerful women resist being packaged into a male template. A year on since the advent of #metoo, Beard looks at how the discussions have moved on during this time, and how that intersects with issues of rape and consent, and the stories men tell themselves to support their actions. In trademark Beardian style, using examples ancient and modern, Beard argues, 'it's time for change - and now!' From the author of international bestseller SPQR: A History of Ancient Rome.

A modern feminist classic -- Rachel Cooke * Observer *
With clearsightedness and wry humour, this self-described 'gobby woman' proves public speech is no longer the preserve of maleness. More power to her. -- Laura Garmeson * FT *
... exposes the roots of today's expectations of how a woman should behave ... time for a change, she argues - and now! -- Jenni Murray * Guardian *
This book is a treasure, both as a fascinating read in itself and as a fine work of reference to correct our lazy misconceptions about an ancient world that still has much to instruct us today * Herald *
An urgent feminist cri de coeur, spot-on in its utterly reasonable plea that a woman 'who dares to open her mouth in public' actually be given a hearing. * Kirkus Reviews *
Brilliant -- Jacqueline Rose * Guardian *
Enlightening ... explains how misogyny works and why it is so resilient -- Elif Shafak * Guardian *
A sparkling and forceful manifesto * New York Times *
Clear, rich, subversive and witty * San Francisco Chronicle *
An irresistible call for women to speak up, act and redefine their power * People Magazine *
Praise for Mary Beard: 'She's pulled off that rare trick of becoming a don with a high media profile who hasn't sold out, who is absolutely respected by the academy for her scholarship ... what she says is always powerful and interesting * Guardian *
An irrepressible enthusiast with a refreshing disregard for convention * FT *
With such a champion as Beard to debunk and popularise, the future of the study of classics is assured * Daily Telegraph *
Dynamically, wittily and authoritatively brings the ancient world to life -- Simon Sebag Montefiore
Praise for SPQR: Fast-moving, exciting, psychologically acute, warmly sceptical - Bryan Appleyard -- Bryan Appleyard * Sunday Times *
Vastly engaging ... a tremendously enjoyable and scholarly read -- Natalie Haynes * Observer *
Sustaining the energy that such a topic demands for more than 600 pages, while providing a coherent answer to the question of why Rome expanded so spectacularly, is hugely ambitious. Beard succeeds triumphantly ... full of insights and delights ... SPQR is consistently enlivened by Beard's eye for detail and her excellent sense of humour. * Sunday Times *
Masterful ... This is exemplary popular history, engaging but never dumbed down, providing both the grand sweep and the intimate details that bring the distant past vividly to life * Economist *
Ground-breaking ... invigorating ... revolutionary ... a whole new approach to ancient history -- Thomas Hodgkinson * Spectator *
Selected as one of the 100 best books of the 21st century: An instant feminist classic * The Guardian *

Mary Beard is a professor of classics at Newnham College, Cambridge, and the Classics editor of the TLS. She has world-wide academic acclaim, and is a fellow of the British Academy and a member of the American Academy of Arts and Sciences. Her previous books include Civilisations: How We look / The Eye of Faith, the international bestseller SPQR, and the bestselling, Wolfson Prize-winning Pompeii, and also The Parthenon and Confronting the Classics. Her blog has been collected in the books It's a Don's Life and All in a Don's Day. All these books are published by Profile.

GOR009457559
Women & Power: A Manifesto by Mary Beard
Mary Beard
Used - Very Good
Paperback
Profile Books Ltd
2018-11-01
144
1788160614
9781788160612
N/A
Book picture is for illustrative purposes only, actual binding, cover or edition may vary.
This is a used book - there is no escaping the fact it has been read by someone else and it will show signs of wear and previous use. Overall we expect it to be in very good condition, but if you are not entirely satisfied please get in touch with us.