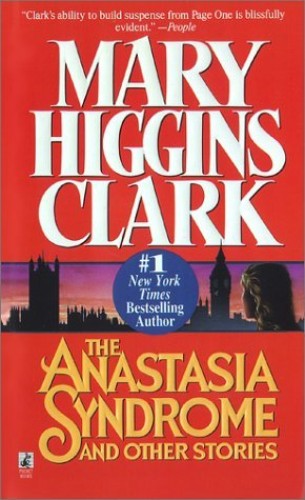 In Stock
$52.99
inc. GST
Collection including the novella of the title and four short stories dealing with such subjects as obsessive love and psychic contact with the dead.
Very Good Well Read
Only 1 left

In the short novel The Anastasia Syndrome, prominent historical writer Judith Chase is living in London and preparing for her marriage to Sir Stephen Hallett, expected to become England's next Prime Minister. Orphaned during World War II, Judith wants to trace her origins. In this quest, she goes to a renowned psychiatrist and becomes the victim of his experiments in regression. When a woman in a dark green cape sets off bombs in London, Sir Stephen and Judith are faced with an intangible, mysterious force threatening their very existence.
Obsessive love is the subject of Terror Stalks the Class Reunion; psychic contact with a dead twin sister is the only defense against a murder in Double Vision; Lucky Day, compared to O. Henry's The Gift of the Magi, begins premonition of imminent danger; in The Lost Angel, mother follows her intuition in a harrowing search for her missing child.

The #1 New York Times bestselling author Mary Higgins Clark has written thirty-seven suspense novels, four collections of short stories, a historical novel, a memoir, and two children's books. With her daughter Carol Higgins Clark, she has coauthored five more suspense novels, and also wrote The Cinderella Murder, All Dressed in White, The Sleeping Beauty Killer, and Every Breath You Take with bestselling author Alafair Burke. More than one hundred million copies of her books are in print in the United States alone. Her books are international bestsellers.

GOR009689176
The Anastasia Syndrome by Mary Higgins Clark
Mary Higgins Clark
Used - Very Good
Paperback
Simon & Schuster
1991-03-01
320
0671701231
9780671701239
N/A
Book picture is for illustrative purposes only, actual binding, cover or edition may vary.
This is a used book. We do our best to provide good quality books for you to read, but there is no escaping the fact that it has been owned and read by someone else previously. Therefore it will show signs of wear and may be an ex library book.