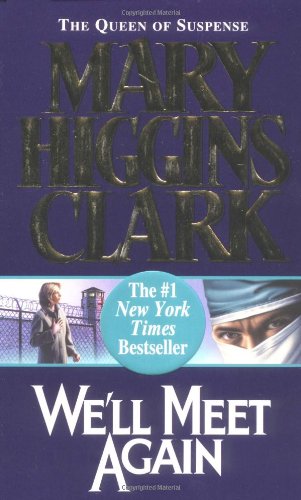 Out of Stock
$17.49
inc. GST
When Molly is paroled after being falsely convicted of murdering her husband, she beseeches her friend, investigative reporter Fran Simmons, to do an expose on her case and flush out the real killer.
Good
Only 0 left

"The mistress of high tension" (The New Yorker) and undisputed Queen of Suspense Mary Higgins Clark brings us another New York Times bestselling novel that she "prepares so carefully and executes with such relish" (The New York Times Book Review) about the murder of a respected doctor--and his beautiful young wife charged with the crime.

Dr. Gary Lasch, famous Greenwich, Connecticut doctor and founder of the HMO Remington Health Management, is found dead in his home, his skull crushed by a blow with a heavy bronze sculpture, and his wife, Molly, in bed covered with his blood. It was the Lasches' housekeeper, Edna Barry, who made the grisly discovery the morning after Molly's unexpectedly early return from Cape Cod, where she had gone to seclude herself upon learning of her husband's infidelity. As the evidence against Molly grows, her lawyer plea-bargains a manslaughter charge to avoid a murder conviction.

Released from prison nearly six years later, Molly reasserts her innocence to reporters, among them an old school friend, Fran Simmons, an investigative reporter and anchor for a true-crime show. Molly convinces Fran to research and produce a program on her husband's death. As hidden aspects of Gary Lasch's life and the affairs of Remington Health Management come to light, is Fran herself the next target for murder?

Booklist Clark is a master of suspense and an excellent storyteller. We'll Meet Again is first-rate entertainment.
The Daily Sun (Perry, GA) Mary Higgins Clark is one of those rare novelists whose books get better with each passing year. She is already one of the most beloved mystery writers of our generation and as such could coast along turning out pale imitations of her past hits. But not our Mary; she has to keep being more inventive and more entertaining with each new story she creates. Her latest is We'll Meet Again and it is one of her best....Find a comfortable chair and dive in. You owe yourself this pleasure.
Roanoke Times (VA) We'll Meet Again speeds along at an enjoyable breakneck pace....
The Knoxville News-Sentinel (TN) Another page-turner....
Arvada Community News (Denver) This is Mary Higgins Clark at her finest and her millions of fans will love it.
The Florida Times-Union A fast, fun read....You'll be reading late into the night as you have with previous Mary Higgins Clark bestsellers.
Abilene Reporter-News (TX) When it comes to suspense, there's no writer today more capable of keeping the reader completely absorbed than Mary Higgins Clark. She does it again in We'll Meet Again.
The Indianapolis Star Clark is a longtime master of suspense....As with all Mary Higgins Clark books, the action is fast-paced, starting with the first page....An engaging plot...filled with the ingredients Clark's fans have come to love.

The #1 New York Times bestselling author Mary Higgins Clark has written thirty-seven suspense novels, four collections of short stories, a historical novel, a memoir, and two children's books. With her daughter Carol Higgins Clark, she has coauthored five more suspense novels, and also wrote The Cinderella Murder, All Dressed in White, The Sleeping Beauty Killer, and Every Breath You Take with bestselling author Alafair Burke. More than one hundred million copies of her books are in print in the United States alone. Her books are international bestsellers.

GOR001702842
We'LL Meet Again by Mary Higgins Clark
Mary Higgins Clark
Used - Good
Paperback
Simon & Schuster
2003-07-02
369
0671004565
9780671004569
N/A
Book picture is for illustrative purposes only, actual binding, cover or edition may vary.
This is a used book - there is no escaping the fact it has been read by someone else and it will show signs of wear and previous use. Overall we expect it to be in very good condition, but if you are not entirely satisfied please get in touch with us.