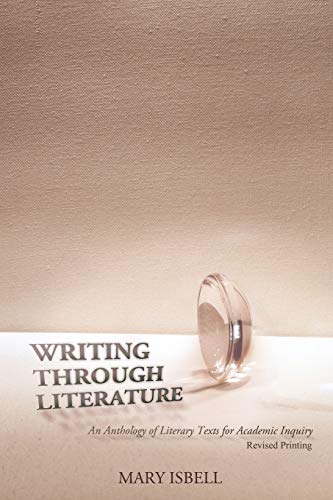 Writing Through Literature: An Anthology of Literary Texts for Academic Inquiry by Mary Isbell

Writing Through Literature: An Anthology of Literary Texts for Academic Inquiry by Mary Isbell

Most literature anthologies present literary texts as material to be mastered. Author biographies explain why the included texts are valuable, while questions for reading and writing direct readers to pick up on the features of these texts that literary scholars ?nd important. Writing Through Literature removes the packaging that often surrounds literary texts, allowing students to use literature as a lens for scholarly inquiry instead of the object of study.

The design of Writing through Literature is simple:

Texts included in Writing through Literature: