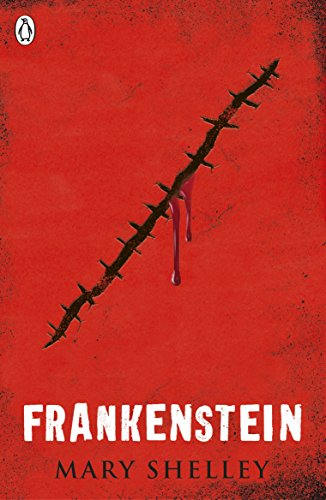 With an introduction from Haifaa al-Mansour, director of Mary Shelley.

There is something in my soul, which I do not understand.

Written by a teenage girl, Frankenstein is one of literature's greatest Gothic horror stories.

Now with a striking new cover, discover one of the books considered to be a pioneer of YA.

Victor Frankenstein has made a terrible mistake. In his desperate pursuit to create life, he has created a monster.

A monster which, abandoned by his master and shunned by everyone it meets, follows Dr Frankenstein to the very ends of the earth with horror and murder in its recycled heart.

Shelly takes the reader on a journey through St Petersburg, to the beautiful Swiss Alps, to the desolate waste of the Arctic Circle, in a story that has sent a chill down the spines of generations.

GOR009320327
Frankenstein by Mary Shelley
Mary Shelley
Penguin Clothbound Classics
Used - Very Good
Paperback
Penguin Books Ltd
2018-06-28
352
0241321646
9780241321645
N/A
Book picture is for illustrative purposes only, actual binding, cover or edition may vary.
This is a used book - there is no escaping the fact it has been read by someone else and it will show signs of wear and previous use. Overall we expect it to be in very good condition, but if you are not entirely satisfied please get in touch with us.