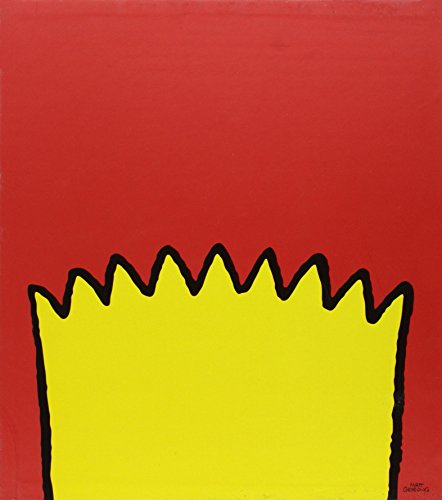 The biggest Simpsons book ever - 20 years of episodes packed into one GIANT EPISODE GUIDE!

The biggest Simpsons book ever - 20 years of episodes packed into one GIANT EPISODE GUIDE!

The Simpsons is more than a TV show, it's an institution. In 2010, the show officially celebrates its 20th ANNIVERSARY, and every Simpsons fanatic will want a keepsake book to commemorate the event. Comprising a whopping 1,200 pages of full-colour episode recaps, this book will be a hilarious resource for fans around the world.

The most recent Simpsons Episode Guide, The Simpsons One Step Beyond Forever (2005) took readers through season 14, leaving fans with a pent-up appetite for the subsequent years. Besides including all-new pages covering seasons 15-20, Simpsons World will also include updates of the previously-published content, in most instances doubling the number of pages devoted to each episode. (That's more than 600 pages of new and extensively revised material!) Even fans who already have the first four volumes will find fun new art, facts, and jokes added to the first 14 seasons' entries.

Besides the incredibly comprehensive and impressive content, this will also be a beautiful book. Packaged in a stunning slip case with a book ribbon for place-holding and lush illustrations throughout, there won't be a Simpsons fan young or old who won't hope to find this title under their Christmas tree.

Don't miss some of these cool features -

Matt Groening, creator and executive producer of Fox's Emmy Award (R) -winning series The Simpsons, made television history by bringing animation back to primetime and creating an immortal nuclear family. In February 1997, The Simpsons became the longest-running primetime animated series in television history and is currently the longest-running comedy on television. Groening is also creator and executive producer of the animated Emmy Award-winning series Futurama.

GOR004482014
9780007388158
0007388152
Simpsons World The Ultimate Episode Guide Seasons 1-20 (The Simpsons) by Matt GROENING
Matt GROENING
The Simpsons
Used - Very Good
Hardback
HarperCollins Publishers
20101028
1200
N/A
Book picture is for illustrative purposes only, actual binding, cover or edition may vary.
This is a used book - there is no escaping the fact it has been read by someone else and it will show signs of wear and previous use. Overall we expect it to be in very good condition, but if you are not entirely satisfied please get in touch with us
Trustpilot