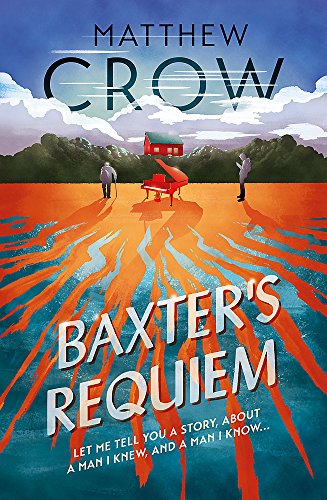 Used Price
$18.49
inc. GST
Free Shipping in Australia
Meet Mr Baxter: Raconteur and rabble-rouser at Melrose Retirement Home. At age 94 he has lost none of his spark but his health, and his memories, will soon fail him. So he breaks out of the home bound for the war graves of France to bid a final farewell to the man he loved and lost. Tender, funny, heartwarming fiction for fans of Rachel Joyce
Very Good

Mr Baxter is ninety-four years old when he falls down his staircase and grudgingly finds himself resident at Melrose Gardens Retirement Home.

Baxter is many things - raconteur, retired music teacher, rabble-rouser, bon viveur - but 'good patient' he is not. He had every intention of living his twilight years with wine, music and revelry; not tea, telly and Tramadol. Indeed, Melrose Gardens is his worst nightmare - until he meets Gregory.

At only nineteen years of age, Greg has suffered a loss so heavy that he is in danger of giving up on life before he even gets going.

Determined to save the boy, Baxter decides to enlist his help on a mission to pay tribute to his long-lost love, Thomas: the man with whom he found true happiness; the man he waved off to fight in a senseless war; the man who never returned. The best man he ever knew.

With Gregory in tow Baxter sets out on a spirited escape from Melrose, bound for the war graves of Northern France. As Baxter shares his memories, the boy starts to see that life need not be a matter of mere endurance; that the world is huge and beautiful; that kindness is strength; and that the only way to honour the dead, is to live.

Baxter's Requiem is a glorious celebration of life, love and seizing every last second we have while we're here.

Baxter's Requiem is a feelgood tale for the modern age . . . There is a touching tenderness between the two men as their friendship develops and despite the up-to-date touches, there is something refreshingly old-fashioned about this book . . . Crow's prose is natural and the story moves along swiftly . . . It is an easy read with an edifying tale of men dealing with their difficulties at different points in their lives. * Irish Examiner *
The finest love story I have read in years. Perfect I'd say. -- Phyllida Shrimpton, author of Sunflowers in February * . *
The fact that this novel is so witty is incidental to how good it is - it has characters you care about deeply and a heart as big as a cathedral -- Miles Jupp

Matthew Crow was born and raised in Newcastle. Having worked as a freelance journalist since his teens he has contributed to a number of publications including the Independent on Sunday and the Observer. He has written for adults and YA. His book My Dearest Jonah, was nominated for the Dylan Thomas Prize.

GOR009322560
Baxter's Requiem by Matthew Crow
Matthew Crow
Used - Very Good
Paperback
Little, Brown Book Group
2018-09-06
256
1472153324
9781472153326
N/A
Book picture is for illustrative purposes only, actual binding, cover or edition may vary.
This is a used book - there is no escaping the fact it has been read by someone else and it will show signs of wear and previous use. Overall we expect it to be in very good condition, but if you are not entirely satisfied please get in touch with us.