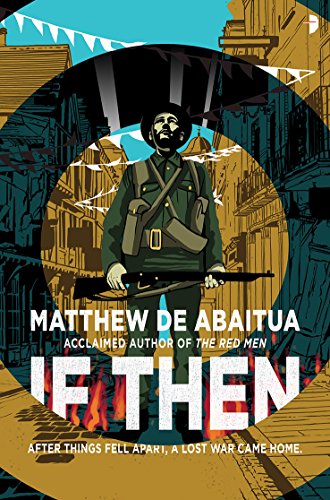 If Then
by Matthew De Abaitua

Out of Stock
$18.49
inc. GST
After an unspecified near-future disaster, one English town survives under the protection of the surviving computer alogrithms of the Process, which governs every aspect of their lives. But now the Process is making soldiers. It is readying for war.
Very Good
Only 0 left

If Then by Matthew De Abaitua

In the near future, after the collapse of society as we know it, one English town survives under the protection of the computer algorithms of the Process, which governs every aspect of their lives. The Process gives and takes; it allocates resources, giving each person exactly what it has calculated they will need. Human life has become totally algorithm-driven, and James, the town bailiff, is charged with making sure the Process's suggestions are implemented.

But now the Process is making soldiers. It is readying for war - the First World War. Mysteriously, the Process is slowly recreating events that took place over a hundred years ago, and is recruiting the town's men to fight in an artificial reconstruction of the Dardanelles campaign. James, too, must go fight. And he will discover that the Process has become vastly more sophisticated and terrifying than anyone had believed possible.

Matthew De Abaitua's novel The Red Men was shortlisted for the Arthur C Clarke Award and adapted into a short film 'Dr Easy' by Shynola and produced by Film4/Warp Films. His science fiction novels IF THEN (Angry Robot, September 2015) and The Destructives (Angry Robot, 2016) complete the loose trilogy begun with The Red Men. His second book was a memoir and history, The Art of Camping: The History and Practice of Sleeping Under the Stars. The Economist described it as one of the books of the year. He lectures on creative writing and science fiction at the University of Essex and lives in Hackney.harrybravado.com twitter.com/mdeabaituaAuthor hometown: London, UK

GOR007170444
If Then by Matthew De Abaitua
Matthew De Abaitua
Used - Very Good
Paperback
Watkins Media
2015-09-01
284
0857664719
9780857664716
N/A
Book picture is for illustrative purposes only, actual binding, cover or edition may vary.
This is a used book - there is no escaping the fact it has been read by someone else and it will show signs of wear and previous use. Overall we expect it to be in very good condition, but if you are not entirely satisfied please get in touch with us.