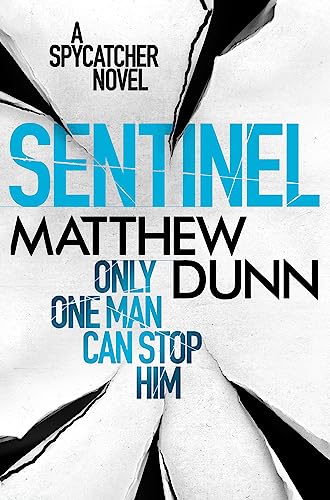 'He has betrayed us and wants to go to war.'

That was the cryptic message received by the CIA from an agent operating deep undercover in Russia. Unable to make contact, the Director of Operations is forced to turn to one of his most deadly field officers: Will Cochrane. His mission: track down the agent and decode the message - or die trying.

Will successfully locates the agent, but finds him near death, his last words: 'Only Sentinel can stop him.' Now it's up to Will, with the help of the top-secret joint CIA-MI6 Spartan Section, to discover the identity of the legendary operative known only as Sentinel - before a new cold war erupts.

Like le Carre and Fleming before him, Dunn is the real thing...His, though, is a more muscular creation than Smiley, or even Bond. Meet Will Cochrane, a one-man weapon of mass destruction * DAILY TELEGRAPH *
An intelligent and entertaining summer read...solid and authentic * FINANCIAL TIMES *
I know of no other spy thriller that so successfully blends the fascinating nuances of the business of espionage and intelligence work with full-throttle suspense storytelling * Jeffrey Deaver *
Author Dunn has perfected the literary equivalent of the type of action movie that might star Stallone, Steven Seagal or The Rock * IRISH INDEPENDENT *
A terrific thriller with a superb new hero...Bond and Bourne can take a back seat * Matt Hilton *
Shock and apprehension send shivers down your spine in this compelling spy thriller as you realise the author not only is a brilliant writer but has been there and done it * TELEGRAPH & ARGUS *
Matthew Dunn was trained by SIS in all aspects of intelligence collection and direct action, including agent running, deep-cover deployments, small-arms, explosives, military unarmed combat, surveillance, anti-surveillance, counter-surveillance, and covert communications. He used his skills extensively on operations. Although typically he worked alone, he also had significant experience of working with highly specialised units from the SAS and SBS as well as conducting joint-operations with MI5, GCHQ and the CIA. Medals are never awarded to modern MI6 officers, but Dunn was the recipient of a very rare personal commendation from the Foreign Secretary for actions that directly influenced the successful conclusion of a major international incident. He lives in England.
GOR005343946
9781409121305
1409121305
Sentinel: A Spycatcher Novel by Matthew Dunn
Matthew Dunn
Used - Very Good
Paperback
Orion Publishing Co
2013-12-05
320
N/A
Book picture is for illustrative purposes only, actual binding, cover or edition may vary.
This is a used book - there is no escaping the fact it has been read by someone else and it will show signs of wear and previous use. Overall we expect it to be in very good condition, but if you are not entirely satisfied please get in touch with us
Trustpilot