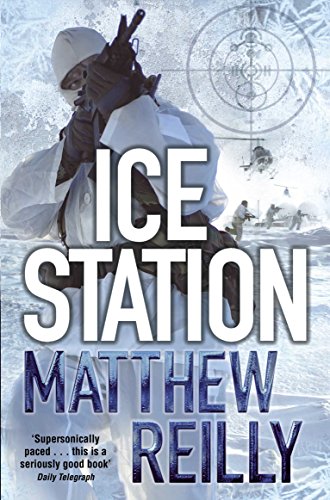 In Stock
$14.49
+10% GST
A reissue with new cover in a new format to coincide with Matt's new blockbuster The Five Greatest Warriors
Very Good Good
7 in stock

At a remote US ice station in Antarctica, a team of scientists has made an amazing discovery. They found something unbelievable buried deep below the surface - trapped inside a layer of ice 400 million years old.

Led by the enigmatic Lieutenant Shane Schofield, a crack team of US Marines is rushed to the ice station to secure this bizarre discovery for their nation. Meanwhile other countries have developed the same ideas, and are ready to pursue it swiftly and ruthlessly. Fortunately, Schofield's men are a tough unit, all set to follow their leader into hell.

They soon discover they just did...

'For lots of lethal violence involving high-tech weaponry. For thrilling escapes from the jaws of death. For cliffhanging suspense on just about every page...Ice Station delivers the action-thriller goods with all the explosive fire power of a machine pistol' West Australian

"Grabs you like seeing a glock pointed at your head. If you want action--and I mean serious action--then pick up Matt Reilly's "Ice Station,""--Richard Marcinko "Some of the wildest and most sustained battles in an action thrilled in a long time...non-stop action, lots of explosions--and a little bit of conspiracy."--"Chicago Tribune"

GOR001660445
Ice Station by Matthew Reilly
Matthew Reilly
The Scarecrow series
Used - Very Good
Paperback
Pan Macmillan
2010-01-01
704
033051346X
9780330513463
N/A
Book picture is for illustrative purposes only, actual binding, cover or edition may vary.
This is a used book - there is no escaping the fact it has been read by someone else and it will show signs of wear and previous use. Overall we expect it to be in very good condition, but if you are not entirely satisfied please get in touch with us.