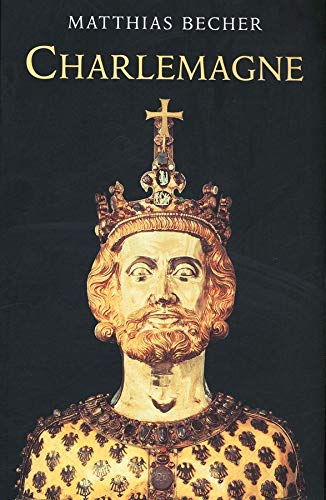 In Stock
$15.99
+10% GST
Charlemagne was the first emperor of medieval Europe and almost immediately after his death in 814 legends spread about his military and political prowess and the cultural glories of his court at Aix-la-Chapelle.
Very Good Good
Only 2 left

Charlemagne-ruler of the vast Frankish kingdom from 768 to his death in 814 and Holy Roman emperor from the year 800 - is considered the father of Europe. In this concise, insightful, and eminently readable biography, Mathias Becher provides a wealth of information about a remarkable man and his times. Among the topics Becher discusses are Charlemagne's rise to emperor and his political and military maneuvering against the Saxons, the Lombards, and others; the ways in which laws and language in these lands were reformed and revised; and the tensions that emerged in Charlemagne's court between modern ideas and traditional thinking. He concludes by discussing the effects of Charlemagne's reign and his posthumous fame. "Becher suceeds in combining a masterful account of life stages of the 'powerful figure' and the myth of Charlemagne with a precise and impressive representation of his era" - Die Zeit

"Becher succeeds in combining a masterful account of the life stages of the 'powerful figure' and the myth of Charlemagne with a precise and impressive representation of his era."-Die Zeit "A remarkably informed, informative, and admirably up-to-date 'personal interpretation' of the Frankish emperor's character, reign, and legacy... Highly recommended."-Choice "An excellent introduction."-Historical Association Review

Matthias Becher is professor of medieval history at the Universitat Bonn, Germany.

GOR002651709
Charlemagne by Matthias Becher
Matthias Becher
Used - Very Good
Paperback
Yale University Press
2005-03-04
182
0300107587
9780300107586
N/A
Book picture is for illustrative purposes only, actual binding, cover or edition may vary.
This is a used book - there is no escaping the fact it has been read by someone else and it will show signs of wear and previous use. Overall we expect it to be in very good condition, but if you are not entirely satisfied please get in touch with us.