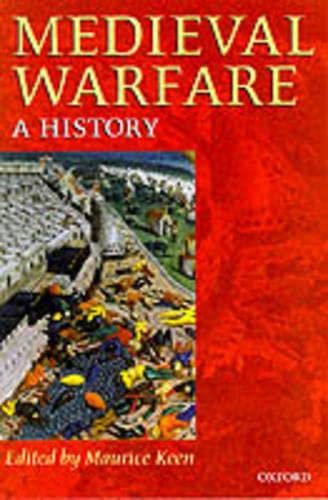 In Stock
$34.99
inc. GST
This account of the great confrontations of medieval Europe (c.700-1500) examines major developments in the methods of warfare from the time of Charlemagne through to the end of the Crusades.
Very Good
Only 1 left

This richly illustrated book explores over seven hundred years of European warfare, from the time of Charlemagne to the end of the middle ages (c.1500). The period covered has a distinctive character in military history. It was an age when organization for war was integral to social structure, when the secular aristocrat was by necessity also a warrior, and whose culture was profoundly influenced by martial ideas. Twelve scholars, experts in their own fields, have contributed to this finely illustrated book. It is divided into two parts. Part I seeks to explore the experience of war viewed chronologically with separate chapters on, for instance, the Viking age, on the wars and expansion of the eleventh and twelfth centuries, on the Crusades and on the great Hundred Years War between England and France. The chapters in Part II trace thematically the principal developments in the art of warfare; in fortification and siege craft; in the role of armoured cavalrymen; in the employment of mercenary forces; the advent of gunpowder artillery; and of new skills in navigation and shipbuilding. In both parts of the book, the overall aim has been to offer the general reader an impression, not just of the where and the when of great confrontations, but above all of the social experience of warfare in the middle ages, and of the impact of its demands on human resources and human endurance.

Keen and Housley have made distinguished contributions to our knowledge of medieval war theory ... * Jonathan Riley-Smith, TLS *

Maurice Keen is Tutor in Medieval History, and Fellow of Balliol College, Oxford University. He lives in the United Kingdom.