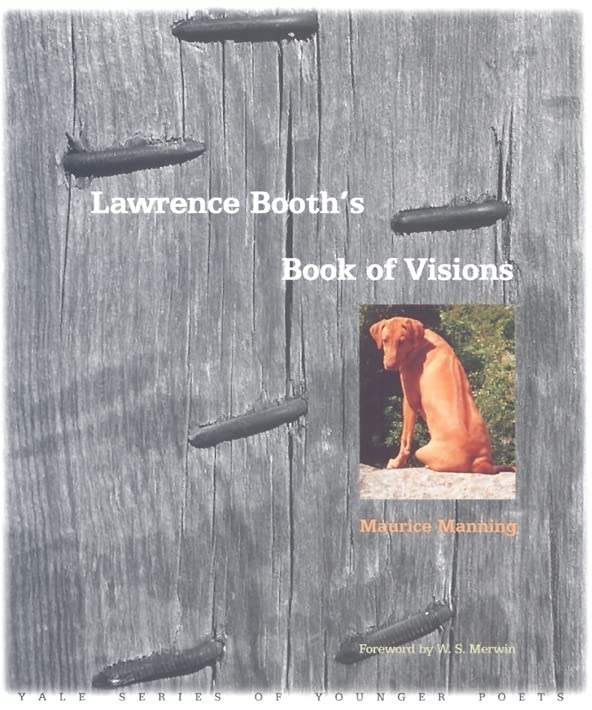 Out of Stock
$56.99
inc. GST
These compelling poems take the reader on a wild ride through the life of a man child in the rural South. The poems present a cast of allegorical and symbolic, yet very real, characters. The work won the "Yale Series of Younger Poets" competition.
Very Good
Only 0 left

This year's winner of the Yale Series of Younger Poets competition is Maurice Manning's Lawrence Booth's Book of Visions. These compelling poems take us on a wild ride through the life of a man child in the rural South. Presenting a cast of allegorical and symbolic, yet very real, characters, the poems have "authority, daring, [and] a language of color and sure movement," says series judge W.S. Merwin.
From Seven Chimeras

The way Booth makes a love story:
same as a regular story, except
under one rock is a trapdoor that leads
to a room full of belly buttons;
each must be pushed, one is a landmine.

The way Booth ends the Jack-in-the-Box charade:
shoot the weasel in the neck
and toss it to the buzzards.

Maurice Manning is a native of Danville, Kentucky. He holds degrees from Earlham College, the University of Kentucky, and the University of Alabama, where he received his MFA in 1999. He has held a writing fellowship to The Fine Arts Work Center in Provincetown. He currently teaches English at DePauw University in Greencastle, Indiana.

GOR010434581
Lawrence Booth's Book of Visions by Maurice Manning
Maurice Manning
Yale Series of Younger Poets
Used - Very Good
Paperback
Yale University Press
2001-08-20
96
0300089988
9780300089981
N/A
Book picture is for illustrative purposes only, actual binding, cover or edition may vary.
This is a used book - there is no escaping the fact it has been read by someone else and it will show signs of wear and previous use. Overall we expect it to be in very good condition, but if you are not entirely satisfied please get in touch with us.