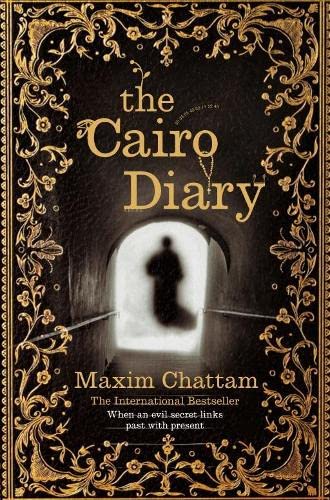 The Cairo Diary
by Maxim Chattam

In Stock
$14.49
inc. GST
Two stories from the past and present intertwine and culminate in a baffling climax in this cinematic bestselling thriller from France
Very Good
Only 1 left

The Cairo Diary by Maxim Chattam

British-occupied Cairo, 1928: Several young children have disappeared and were then found, horribly mutilated, in the tombs just outside the city. Panic is spreading among the locals after a cloaked giant is sighted. Has a ghoul from One Thousand and One Nights been brought to life? British inspector Jeremy Matheson follows the trail of the monster, which takes him into the depths of underground Cairo as well as deep into his own tortured past.

Mont-Saint-Michel, 2005: Marion has taken refuge in the wind-swept and remote monastery located on a spit of land on the west coast of France. In the wake of a scandal, caused by her own revelations, that is now reverberating through the French capital, she has been spirited away from Paris and brought here by the Secret Service for her own protection. When she finds a diary dating from 1928 in the monastery library, penned by Jeremy Matheson and hidden inside the jacket of an Edgar Allen Poe book, she is inexorably pulled into the past as she is being watched, and taunting notes and riddles urge her to give back what is not hers. . .

`One of the best contemporary thriller authors' Le Monde

Praise for "The Cairo Diary""Maxim Chattam's "The Cairo Diary" gives us memorable portraits of both contemporary, storm-tossed Mont-Saint-Michel and sepia-toned 1920s Cairo in a marvelously atmospheric thriller. The tale climaxes, as two stories converge, with a startling double-twist ending that leaves the reader more than a little off-balance but hankering for more."--Susanne Alleyn, author of "Game of Patience "and "A Far Better Rest""" "Two extraordinary tales, seamlessly woven into a single, chilling tapestry by a master weaver of yarns."--Peter May, author of "The Firemaker" and "The Fourth Sacrifice"" ""One of the best contemporary thriller authors . . . there is a toughness to his stories, a truth to his characters, and a writing style that, even though it flirts with the fantastical, always stays realistic.Chattam knows how to make the most of his readers' fears and phobias" --"Le Monde"" """"Maxime Chattam will haunt your nights for a long time to come."--"La Voix du Nord"

After stints as an actor, night watchman, and bookseller, Maxim Chattam studied criminology in Paris. He is also the author of several plays, a well-received trilogy, The Soul of Evil, In Darkness, and Evil Spells, as well as the recently released thriller The Mysteries of Chaos. He lives in Poissy, France.

GOR000393907
The Cairo Diary by Maxim Chattam
Maxim Chattam
Used - Very Good
Paperback
Pan Macmillan
2008-05-02
352
033045191X
9780330451918
N/A
Book picture is for illustrative purposes only, actual binding, cover or edition may vary.
This is a used book - there is no escaping the fact it has been read by someone else and it will show signs of wear and previous use. Overall we expect it to be in very good condition, but if you are not entirely satisfied please get in touch with us.