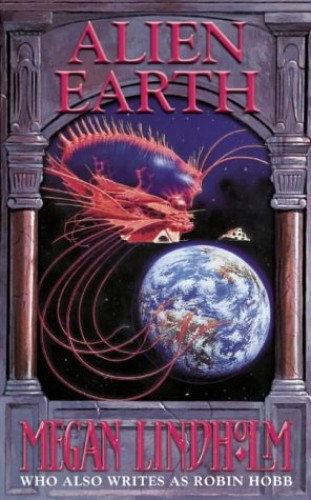 A classic science fiction adventure from the backlist of Megan Lindholm, who also writes as Robin Hobb.

A classic science fiction adventure from the backlist of Megan Lindholm, who also writes as Robin Hobb.

Generations ago humanity abandoned Earth. Now they have returned.

Far from home, the Human race tries to atone for killing Terra thousands of years ago. Rescued by the enigmatic Arthroplana in their mysterious Beastships, they have been inserted into the fragile ecologies of the alien twin worlds of Castor and Pollux, where they must make no impact, where every drop of water must be returned. Humanity has adjusted - or tried to.

Despite the constant watch of the Arthroplana and the HUman Conservancy, John Gen-93-Beta has agreed to captain the Beastship Evangeline on an unthinkable journey to a dead planet...Earth.

And so begins an engrossing voyage of discovery for five travellers: John, his First Mate Connie, stowaaway Raef, Tug the Arthroplana and the Beastship Evangeline herself. On a planet none quite expected, each learns the power of being human.

`Alien Earth is memorable and the theme is classic'
Locus

Megan Lindholm was born in California in 1952 and majored in Communications at Denver University, Colorado. A winner of both the Hugo and Nebula Award, she wrote a number of successful fantasy novels, including Cloven Hooves, The Windsinger trilogy and Wizard of the Pigeons before taking the name, Robin Hobb. Assassin's Apprentice was Robin Hobb's first novel, and was followed by the equally successful Royal Assassin and Assassin's Quest. She lives outside Seattle, Washington.

GOR001673460
Alien Earth by Megan Lindholm
Megan Lindholm
Used - Very Good
Paperback
HarperCollins Publishers
1993-04-13
400
0586215166
9780586215166
N/A
Book picture is for illustrative purposes only, actual binding, cover or edition may vary.
This is a used book - there is no escaping the fact it has been read by someone else and it will show signs of wear and previous use. Overall we expect it to be in very good condition, but if you are not entirely satisfied please get in touch with us.