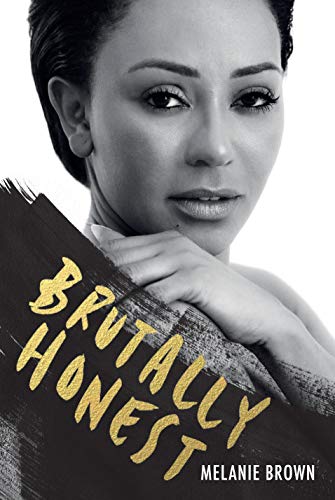 The tell-all memoir from the loudest, proudest Spice Girl - and the truth behind the headlines
As one-fifth of the iconic Spice Girls and judge on X Factor and America's Got Talent, Melanie Brown, a.k.a Scary Spice, has been an international star since her twenties. Brutally Honest is an expose of the struggles and acute pain that lay behind the glamour and success.

With deep personal insight, remarkable frankness and trademark Yorkshire humour, the book removes the mask of fame and reveals the true story behind the Spice Girls, as well as the horror of her most recent marriage and her 10 year struggle to be free.

Melanie Brown's career began with the pop phenomenon, Spice Girls. They became the biggest girl band in music history, selling more than 85 million records worldwide and becoming cultural icons around the globe. They appeared in tours that grossed $800 million dollars in just four years. Since they split in 2000, Melanie has become one of the most recognised faces on television, fronting shows from Lip Sync UK, The X Factor in Britain and Australia, Dancing With The Stars in Australia and America's Got Talent. She has also starred in a string of movies including The Seat Filler. She has appeared on Broadway in Rent and most recently as Roxie Hart in Chicago. An ambassador for Jenny Craig in Australia, she remains one of the most popular stars in Britain and America and is now a patron for Women's Aid. Melanie now lives in Los Angeles with her three daughters, Phoenix, Angel and Madison.

GOR009919563
Brutally Honest: A Sunday Times Bestseller by Melanie Brown
Melanie Brown
Used - Like New
Hardback
Quadrille Publishing Ltd
2018-11-27
296
1787133524
9781787133525
N/A
Book picture is for illustrative purposes only, actual binding, cover or edition may vary.
The book has been read, but looks new. The book cover has no visible wear, and the dust jacket is included if applicable. No missing or damaged pages, no tears, possible very minimal creasing, no underlining or highlighting of text, and no writing in the margins.