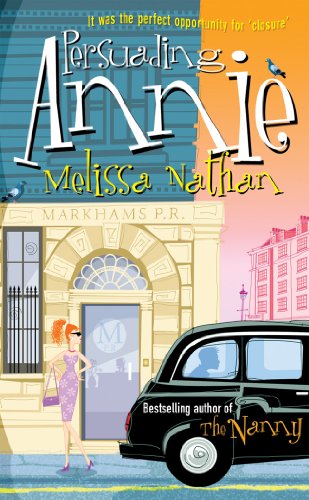 In Stock
$13.69
inc. GST
A dark side called Jake Mead. Jake's hasty departure from her life proved that a) godmothers are cleverer than they look and b) the only thing reliable about men is that they're totally unreliable.But what Annie doesn't know is that Jake has an Achilles' heel. An Achilles' heel called Annie Markham. But what Jake calls, 'revenge'.
Very Good Good
6 in stock

It was the perfect opportunity for 'closure'... Meet Annie Markham. Gentle, sweet and kind. Except for her dark side. A dark side called Jake Mead. Seven years ago he'd been her entire world, even though her godmother had tried to persuade her to dump him. But when the going got tough, Annie's 'tough' got going. Jake's hasty departure from her life proved that a) godmothers are cleverer than they look and b) the only thing reliable about men is that they're totally unreliable. Now Jake is back in her life. And he's the one man who may just save her family's ailing company. But what Annie doesn't know is that Jake has an Achilles' heel. An Achilles' heel called Annie Markham. He's never quite got over her treatment of him all those years ago. This is the perfect opportunity for what some may call 'closure'. But what Jake calls, 'revenge'.

Melissa Nathan was born and raised in Hertfordshire. A journalist for twelve years, she turned to writing novels full time in 1998 and shortly afterwards Pride, Prejudice and Jasmin Field and Persuading Annie were published. Melissa discovered she had breast cancer whilst writing her first novel for Random House, The Nanny, which hit the Sunday Times Top Ten in the spring of 2003. She went on to write another top ten bestseller, The Waitress, and finished her fifth novel The Learning Curve in February 2006. Sadly she died two months later, aged 37. A new literary award, The Melissa Nathan Award for Comedy Romance, has been established to honour her. She is survived by her husband, Andrew, and young son, Sam.

GOR000467274
Persuading Annie by Melissa Nathan
Melissa Nathan
Used - Very Good
Paperback
Cornerstone
2007-08-02
384
0099505770
9780099505778
N/A
Book picture is for illustrative purposes only, actual binding, cover or edition may vary.
This is a used book - there is no escaping the fact it has been read by someone else and it will show signs of wear and previous use. Overall we expect it to be in very good condition, but if you are not entirely satisfied please get in touch with us.