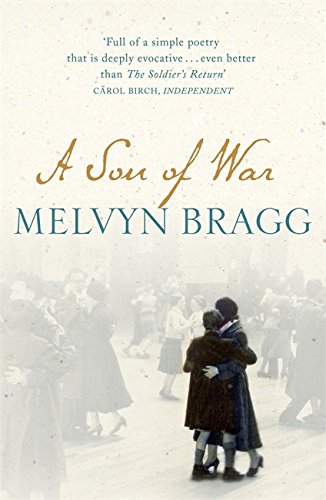 A Son of War
by Melvyn Bragg

The superb follow-up to the bestselling THE SOLDIER'S RETURN

A Son of War Summary

A Son of War by Melvyn Bragg

Longlisted for the Booker Prize

After the upheavals of the Second World War, the Richardson family - Sam, Ellen and their young son Joe - settle back to working-class life in the Cumbrian town of Wigton. Yet for them, as for so many, life will never be the same again. As the old order begins to be challenged and new vistas open, Sam and Ellen forge their future together with differing needs and desires - and conflicting expectations of Joe, who grows up with his own demons to confront.

Customer Reviews - A Son of War

A Son of War Reviews

[A] deeply humane and acutely truthful novel * Peter Kemp, Sunday Times *
A compelling sequel to his award-winning tour de force, THE SOLDIER'S RETURN * Frank Egerton, Financial Times *
Full of a simple poetry that is deeply evocative . . . even better than THE SOLDIER'S RETURN * Carol Birch, Independent *
A novel of remarkable power and grace . . . his authenticity is astounding * Roy Hattersley, The Times *
Shot through with blazing integrity and authenticity * Val Hennessy, Daily Mail *

GOR001385064
A Son of War by Melvyn Bragg
Melvyn Bragg
Used - Very Good
Paperback
Hodder & Stoughton General Division
2002-03-21
432
0340818166
9780340818169
N/A
Book picture is for illustrative purposes only, actual binding, cover or edition may vary.
This is a used book - there is no escaping the fact it has been read by someone else and it will show signs of wear and previous use. Overall we expect it to be in very good condition, but if you are not entirely satisfied please get in touch with us.