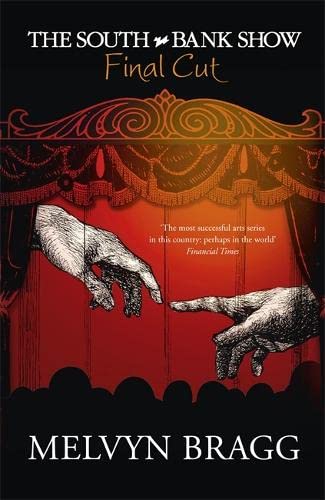 In Stock
$20.89
inc. GST
Melvyn Bragg looks back over thirty years of The South Bank Show, and presents unique insights into the extraordinarily gifted artists he has met over the years.
Very Good
Only 2 left

What drives a musician to write extraordinary songs? How do writers create their worlds? How does an actor achieve greatness?
For over thirty years of The South Bank Show, Melvyn Bragg has interviewed many of the greatest cultural icons of our age. These interviews offer revelatory insights into the lives and work of writers, actors, artists and musicians. In The South Bank Show: Final Cut he has revisited some of these artists and used the interviews as the basis for fuller portraits.
The range of artists is remarkable and this book is true to The South Bank Show's ethos of seeking out the highest quality whatever the art form.
Melvyn Bragg's unique perspective makes this book indispensable for anyone interested in the work and lives of some of the best artists of our time.

I think we owe more to Melvyn Bragg than to any, other single person when it comes to promoting arts and culture, and increasing our pleasure in them, it's always been pleasurable. * P D James *
The programme remains without rival and a long time ago it rightly became an important contribution to the vibrancy of the country's culture. * HRH Prince of Wales *
No television show in the last half century has done more for the arts than The South Bank Show. * Andrew Lloyd Webber *
The beauty of The South Bank Show in its heyday was its eclectic mix of subjects: from the high priests and priestesses of modern art, the Francis Bacons and Germaine Greers, to popular entertainers such as Billy Connolly, Dolly Parton and Dusty Springfield. * Telegraph *
These 25 vignettes offer intriguing comments on the film-making process and present valuable new insights into their subjects. Most have the shape and phrasing of short stories and his meetings with the gravest maestros read like mini-epics. Bragg's book is a thesaurus of delights... * Spectator *
A lucid, supple and valuable analyst of many artistic genres and their varying different potential. Together his essays offer some intriguing generalisations about the making and methods of artists. * Economist *

GOR003003394
The South Bank Show: Final Cut by Melvyn Bragg
Melvyn Bragg
Used - Very Good
Hardback
Hodder & Stoughton General Division
2010-04-01
320
1444705490
9781444705492
N/A
Book picture is for illustrative purposes only, actual binding, cover or edition may vary.
This is a used book - there is no escaping the fact it has been read by someone else and it will show signs of wear and previous use. Overall we expect it to be in very good condition, but if you are not entirely satisfied please get in touch with us.