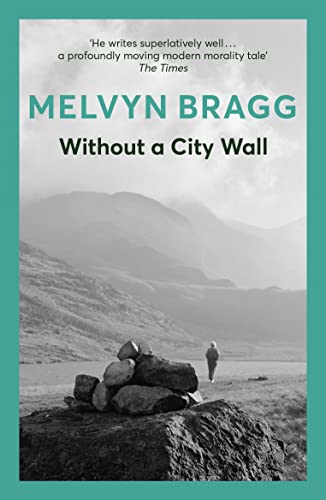 Without a City Wall
by Melvyn Bragg

Without a City Wall Summary

Without a City Wall by Melvyn Bragg

Disillusioned with his successful life in London, Richard Godwin moves to a remote Cumberland village in search of a more fulfilling existence. His arrival coincides with a birth of an illegitimate child to a local woman, binding her to a future she had hoped to escape. As these two outsiders struggle to come to terms with themselves - and each other - their passion, desperation and delight draw all those around them into conflict.

Customer Reviews - Without a City Wall

Without a City Wall Reviews

As near to being a work of art as makes no difference. I became more and more deeply and enjoyably immersed in this simple and profoundly moving modern morality tale * The Times *
A very good novel, simply about a man and a woman: traditional in form - it has a beautiful arch-like structure - and Lawrencian in tone * Daily Telegraph *
With this third novel Melvyn Bragg has become a writer of stature...Bragg has always been good at describing the bantering of youthful lovers. He excels himself here * Financial Times *

GOR003355650
Without a City Wall by Melvyn Bragg
Melvyn Bragg
Used - Very Good
Paperback
Hodder & Stoughton
1988-10-01
384
0340431024
9780340431023
N/A
Book picture is for illustrative purposes only, actual binding, cover or edition may vary.
This is a used book - there is no escaping the fact it has been read by someone else and it will show signs of wear and previous use. Overall we expect it to be in very good condition, but if you are not entirely satisfied please get in touch with us.