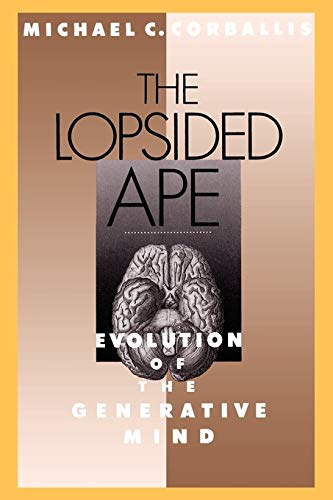 In Stock
$21.49
inc. GST
A detailed account of human language and evolution, reconciling the apparent dichotomy between humans and all other animals. Focuses on the speculative presence of a Generative Assembly Device (GAD), unique to Homo sapiens.
Very Good
Only 2 left

What is it that allows human beings to think the way we do? What enables us to communicate with one another through the use of speech? Is the difference between Homo sapiens and other apes simply a matter of degree or are we unique and discontinuous from other species? Michael C. Corballis argues that this century-old debate lies in the fact that humans are the only primates that are predominantly right-handed, a sign of the specialization of the left hemisphere of the brain for language. Surveying the current views of evolution using evidence from archaeology, linguistics, neurology, and genetics, Corballis takes us on a fascinating tour of the origins and implications of the structure of the human brain, accounting for the dominance of humanity over all species.

wide-ranging and erudite . . . An excellent read, enlivened by many anecdotes, historical details and jokes * Nature *
A remarkable blend of erudition, clarity, and humour . . . This book is compulsive reading Times Higher Educational Supplement

Michael Corballis is Professor of Psychology at the University of Auckland, New Zealand, and is the author Human Laterality and other books.

Are humans unique?; Human evolution; The human condition; Human handedness; Human language; The evolution of language; Language and the brain; Praxis and the left brain; The magic carpet; The duality of the brain; The plastic brain; Conclusions.