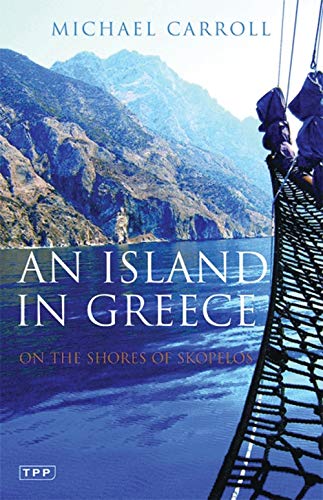 An Island in Greece
by Michael Carroll

In Stock
$22.49
inc. GST
Scattered in a crescent in the sparkling waters of the Aegean, the islands of the Sporades are known to Greek fishermen as 'the gates of the wind'. This book presents a tale of a life full of simple pleasures, governed by the seasons, the tides and the wind.
Very Good Good
Only 2 left

An Island in Greece Summary

An Island in Greece: On the Shores of Skopelos by Michael Carroll

Scattered in a crescent in the sparkling waters of the Aegean, the islands of the Sporades are known to Greek fishermen as 'the gates of the wind'. It was to this unspoilt archipelago that Michael Carroll sailed Astarte, a boat of sleek mahogany with wine-red sails, named after the Phoenician goddess of the moon and the sea. But his dream of travelling where the wind took him, rootless and free, changed when he landed on Skopelos.There, a chance meeting with the charismatic Vangeli led to him buying a piece of land on a remote cove, once the site of an ancient city and the perfect harbour for Astarte.So unfolds the story of Carroll's growing attachment to Skopelos as he sets down roots and makes it his home. Engaging and vividly-described, "An Island in Greece" is a sun-drenched tale of a life full of simple pleasures, governed by the seasons, the tides and the wind; the story of a traveller who finally arrived and a unique homage to the island that harboured him.

An Island in Greece Reviews

"An engaging book, flavoured with ouzo, olives and a distinct individuality." -- Sunday Times

"Here is a study of that involvement essential to any understanding of the Greeks, or of what it means to be in Greece. Carroll writes like a travel journalist who sees the surface accurately and records it with facility. Once involved, however, his vision deepens and he writes with affectionate insight, a richer man because he understands more." --The Guardian

"Readers who enjoyed his From a Persian Tea House will be glad to meet him again in a Greek setting and he should attract a wider public." --The Times

"Greece seems to inspire writers to write well. Michael Carroll is a new and welcome addition to the list which Patrick Leigh Fermor heads. [This] is one of the best and most enjoyable travel books I have read for a long time." --Glasgow Herald

Michael Carroll was born in England in 1935. He was educated at Harrow and Cambridge but spent much of his early life in India. He is also the author of From a Persian Tea House, an account of his travels in Iran (also Tauris Parke Paperbacks). 'I loved the Greece I knew... the kind of free life that could be had with a boat among the islands.'

GOR001874864
An Island in Greece: On the Shores of Skopelos by Michael Carroll
Michael Carroll
Used - Very Good
Paperback
I.B.Tauris & Co. Ltd.
2009-01-30
224
1845118227
9781845118228
N/A
Book picture is for illustrative purposes only, actual binding, cover or edition may vary.
This is a used book - there is no escaping the fact it has been read by someone else and it will show signs of wear and previous use. Overall we expect it to be in very good condition, but if you are not entirely satisfied please get in touch with us.