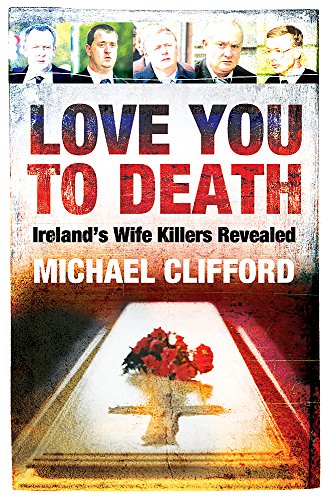 Love You To Death by Michael Clifford

The ending of a marriage through one partner killing the other is one of the oldest and most intractable crimes. Love You To Death examines nine such cases in Ireland.

Love You To Death by Michael Clifford

From the recent notorious and horrific murders of Rachel O'Reilly, Dolores McCrea and Siobhan Kearney, cases are outlined as far back as the poisoning of Margaret Lehman in Dublin of the War years, for which her husband was hanged in 1945. A picture is revealed about how little has changed in this area of crime, but also about how societys attitude has changed towards it, as reflected in court verdicts and sentences.

From open-and-shut cases to ones that relied on detailed forensic evidence, the book also examines the aftermath, describing courtroom scenes of high emotion as the bereaved family seek to ensure their former in-law is held accountable for the crime.

In its detailed examination of Irelands most notorious wife killings from the 1940s right up to present day and the most recent returned verdict in the Siobhan Kearney case, Love You to Death charts each story from apparently normal marriages all the way to a violent ending and a legal conclusions. A chilling, gripping and at times gruesome read.

Michael Clifford has been working as journalist since 1994. He has worked on various national newspapers such as The Star, Irish Independent and Ireland on Sunday. He has been with the Sunday Tribune since 2000 and now writes a weekly column. He appears regularly on Newstalk 106 (The Breakfast Show), The Last Word and RTE Radio. He;s also featured on Gerry Ryan's 2FM show and Seoige and O'Shea.
GOR011217324
9780340963517
0340963514
Love You To Death by Michael Clifford
Michael Clifford
Used - Like New
Paperback
Hachette Books Ireland
2008-07-10
352
N/A
Book picture is for illustrative purposes only, actual binding, cover or edition may vary.
The book has been read, but looks new. The book cover has no visible wear, and the dust jacket is included if applicable. No missing or damaged pages, no tears, possible very minimal creasing, no underlining or highlighting of text, and no writing in the margins
Trustpilot