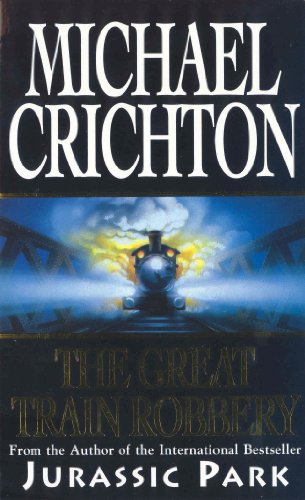 In Stock
$33.99
inc. GST
In teeming Victorian London, where lavish wealth and appalling poverty exist side by side, one mysterious man navigates both worlds with perfect ease.
Very Good Good Well Read
7 in stock

In teeming Victorian London, where lavish wealth and appalling poverty exist side by side, one mysterious man navigates both worlds with perfect ease. Rich, handsome and ingenious, Edward Pierce preys on the most prominent of the well-to-do as he cunningly orchestrates the crime of his century. Who would suspect that a gentleman of breeding could mastermind the daring theft of a fortune in gold? Who would predict the consequences of making the extraordinary robbery aboard the pride of England's industrial era, the mighty steam locomotive? Based on fact, as lively as legend, and studded with all the suspense and style of a modern fiction master, here is a classic novel, set a decade before the age of dynamite - yet nonetheless explosive...

"A nineteenth-century version of The Sting ... Crichton fascinates us" * The New York Times Book Review *
"A work of intelligence and craftmanship ... Written with grace and wit" * Los Angeles Times *

GOR000617843
The Great Train Robbery by Michael Crichton
Michael Crichton
Used - Very Good
Paperback
Cornerstone
1995-04-04
304
009948241X
9780099482413
N/A
Book picture is for illustrative purposes only, actual binding, cover or edition may vary.
This is a used book - there is no escaping the fact it has been read by someone else and it will show signs of wear and previous use. Overall we expect it to be in very good condition, but if you are not entirely satisfied please get in touch with us.