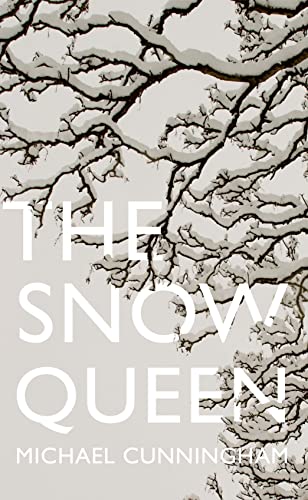 The Snow Queen
by Michael Cunningham

A vision appears in the sky above wintry New York and seems to exert an influence over two brothers, in this luminous, compassionate novel from the author of `The Hours'.

The Snow Queen by Michael Cunningham

A vision appears in the sky above wintry New York and seems to exert an influence over two brothers, in this luminous, compassionate novel from the author of `The Hours'.

Barrett Meeks, having lost love yet again, is walking through Central Park when he is inspired to look up; in the sky he sees a pale, translucent light that seems to regard him in a distinctly godlike way. Barrett doesn't believe in visions-or in God-but he can't deny what he's seen.

At the same time, in nearby Brooklyn, Tyler, Barrett's older brother, a struggling musician, is trying to write a song for Beth, his wife-to-be, who is seriously ill. Tyler is determined to write a wedding song that will not be merely a sentimental ballad but an enduring expression of love.

Barrett, haunted by the light, turns unexpectedly to religion, while Tyler grows increasingly convinced that only drugs can release his creative powers.

Cunningham follows the Meeks brothers as each travels down a different path in his search for transcendence. In subtle, lucid prose, he demonstrates a profound empathy for his conflicted characters and a singular understanding of the human soul. Beautiful, unexpectedly comic and truly heartbreaking, `The Snow Queen' proves again that Cunningham is one of the great novelists of his generation.

`What gives "The Snow Queen" heft and substance is [Cunningham's] gift for language, and the precision with which he anatomises his characters' most secret thoughts. He writes beautifully ... he never averts his gaze from the most uncomfortable and painful complexities of feeling. But the book is also shot through with a dark humour ... Clean and sharp as an ice crystal; a brief but profound and poetic meditation on love, death and compassion from a master craftsman of language' Stephanie Merritt, Observer

`Luminously written... page-turningly enjoyable, this is a profound ... novel about love from a highly regarded, Pulitzer-winning novelist.' Sunday Times

`The pursuit of transcendence in all kinds of forms - music, drugs, a McQueen minidress, and those things less tangible but no less powerfully felt - drives Michael Cunningham's best novel in more than a decade' Megan O'Grady, Vogue

`A thoughtful, closely wrought novel about creativity and dissipation ... What really strikes is Cunningham's remarkable control of tone, his ability to maintain a kind of muted ardency. This is a complicated, messy, peopled novel, and yet it has the slippery feel of a fable, an otherworldly quality in which everyday objects - a barge, a biscuit-coloured couch - acquire a strangeness, a temporary and oddly touching gleam.' Olivia Laing, Guardian

`The Pulitzer Prize-winning author of "The Hours" tells the poignant story of two brothers grappling with religion, ageing and loss.' Mail on Sunday

`Michael Cunningham's resonant new novel . . . is arguably [his] most original and emotionally piercing book to date. It's a novel that does not rely heavily on literary allusions and echoes for its power-a story that showcases the author's strengths as a writer' Michiko Kakutani, The New York Times

Michael Cunningham is the author of six novels, including `A Home at the End of the World', `Flesh and Blood', `The Hours' (winner of the PEN / Faulkner Award and the Pulitzer Prize), `Specimen Days' and `By Nightfall', as well as `Land's End: A Walk in Provincetown'. He lives in New York.

GOR005888392
The Snow Queen by Michael Cunningham
Michael Cunningham
Used - Very Good
Hardback
HarperCollins Publishers
2014-04-22
272
0007557671
9780007557677
N/A
Book picture is for illustrative purposes only, actual binding, cover or edition may vary.
This is a used book - there is no escaping the fact it has been read by someone else and it will show signs of wear and previous use. Overall we expect it to be in very good condition, but if you are not entirely satisfied please get in touch with us.