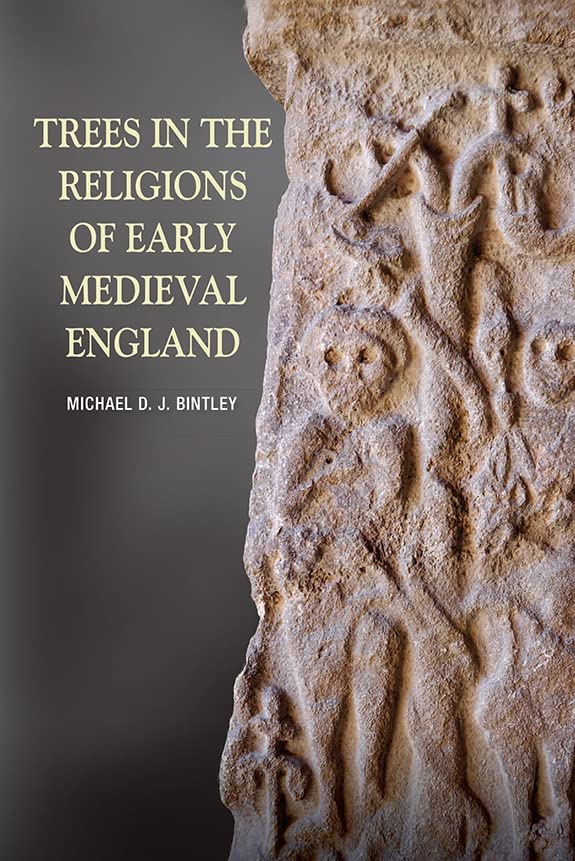 Trees in the Religions of Early Medieval England
by Michael D.j. Bintley

Used Price
45,99 $
inc. GST
Free Shipping in Australia
Drawing on sources from archaeology and written texts, the author brings out the full significance of trees in both pagan and Christian Anglo-Saxon religion.
Reviews:
Trustpilot
Very Good

Trees in the Religions of Early Medieval England Summary

Trees in the Religions of Early Medieval England by Michael D.j. Bintley

Trees were of fundamental importance in Anglo-Saxon material culture - but they were also a powerful presence in Anglo-Saxon religion before and after the introduction of Christianity. This book shows that they remained prominent in early English Christianity, and indeed that they may have played a crucial role in mediating the transition between ancient beliefs and the new faith. It argues that certain characteristics of sacred trees in England can be determined from insular contexts alone, independent of comparative evidence from culturally related peoples. This nevertheless suggests the existence of traditions comparable to those found in Scandinavia and Germany. Tree symbolism helped early English Christians to understand how the beliefs of their ancestors about trees, posts, and pillars paralleled the appearance of similar objects in the Old Testament. In this way, the religious symbols of their forebears were aligned with precursors to the cross in Scripture. Literary evidence from England and Scandinavia similarly indicates a shared tradition of associations between the bodies of humans, trees, and other plant-life. Though potentially ancient, these ideas flourished amongst the abundance of vegetative symbolism found in the Christian tradition.

Customer Reviews - Trees in the Religions of Early Medieval England

Trees in the Religions of Early Medieval England Reviews

A solid contribution to early medieval scholarship, and a notably original one. EARLY MEDIEVAL EUROPE

One of its great strengths is that it takes in a great variety of data - archaeological, art historical, linguistic and literary....What makes this book distinctive is the focus on the possible religious roles of trees before and after the conversion to Christianity. MEDIEVAL ARCHAEOLOGY

Bintley demonstrates the malleability and indomitability of tree lore and, in doing so, provides a deeper, more rounded insight into the changing Anglo-Saxon cultures and systems of belief. TIME & MIND

Bintley has produced an intriguing, well-rounded disquisition into a fascinating subject. COMITATUS

Presents a sympathetic approach to the ways in which Christianity dealt with heathen tree worship by absorbing and reinterpreting its tree symbolism. . . . [M]akes a most valuable addition to the existing literature. SPECULUM

GOR009794764
Trees in the Religions of Early Medieval England by Michael D.j. Bintley
Michael D.j. Bintley
Used - Very Good
Paperback
Boydell & Brewer Ltd
2018-06-08
208
1783273011
9781783273010
N/A
Book picture is for illustrative purposes only, actual binding, cover or edition may vary.
This is a used book - there is no escaping the fact it has been read by someone else and it will show signs of wear and previous use. Overall we expect it to be in very good condition, but if you are not entirely satisfied please get in touch with us.