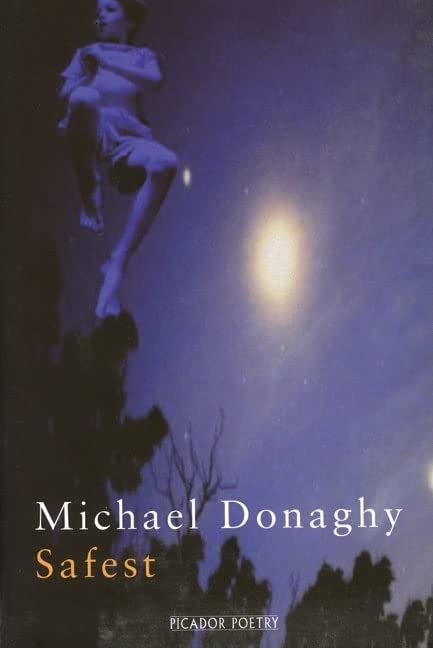 The tragic death of Michael Donaghy last year at the age of 50 left English-language poetry incalculably the poorer. Donaghy was one of our very finest poets, and his metaphysically dense yet emotionally direct verse had won him admirers all over the world. No one demonstrated more eloquently how poetry could engage the whole being: he believed that a poem should both communicate directly and work at the highest intellectual level. At the time of his death, Donaghy was at work on a new collection, and Safest gathers together all the poems he had decided were worthy of inclusion in that book.

It will be no surprise that Donaghy's early death and almost impossibly exacting standards have produced a lean volume; but judged in depth and quality, it's one many times its apparent size. Safest contains work as rich and insightful as anything Donaghy had previously published, although, in its several meditations on being, death and finality it often reads, inescapably, like the work of a man who knew he was writing his last collection. These are poems of great sophistication; fearful, combative and witty -- and in the end, deeply affirmative in their unillusioned wisdom. As the poet/critic Sean O'Brien remarked, Donaghy will come to be seen as one of the representative poets of the age, and Safest will do nothing but affirm that judgment.

Michael Donaghy was born in the Bronx, New York, in 1954. In 1985 he moved to London, where he worked as a teacher and traditional Irish musician. He died in 2004.

GOR002839976
Safest by Michael Donaghy
Michael Donaghy
Used - Very Good
Hardback
Pan Macmillan
2005-11-18
64
0330440519
9780330440516
N/A
Book picture is for illustrative purposes only, actual binding, cover or edition may vary.
This is a used book - there is no escaping the fact it has been read by someone else and it will show signs of wear and previous use. Overall we expect it to be in very good condition, but if you are not entirely satisfied please get in touch with us.