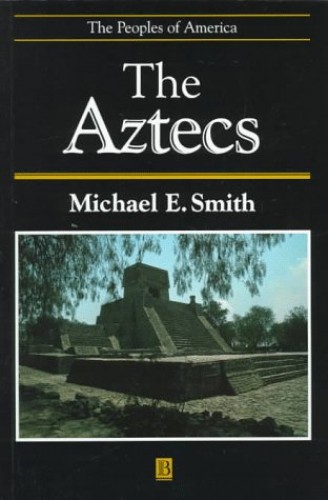 The Aztecs
by Michael Ernest Smith

Used Price
$37.99
inc. GST
Free Shipping in Australia
A study of the everyday lives of the peoples of pre-Columbian central America. Drawing upon recent archaeological research this examines the Aztecs origins, civilisation, religion, science and thought as well as their conquest by the Spanish and their survival to the present day in central Mexico.
Reviews:
Trustpilot
Like New Very Good Good

The Aztecs by Michael Ernest Smith

This book is a vivid and comprehensive account of the Aztecs, the best-known people of pre-Columbian America. It examines their origins, civilization, and the distinctive realms of their religion, science and thought. It describes the conquest of their empire by the Spanish, and their present-day survival in Central Mexico. It makes use of the results of the latest excavations, of all available historical documentation, and of the author's first-hand knowledge of Aztec sites and artifacts. Aztec civilization was forged by the blending of two different cultural traditions: the ancient agricultural civilizations of Central Mexico and the immigrant warrior tribes from the northern deserts. Michael Smith describes the Aztecs' rapid ascent to regional power. He shows how, in order to feed their several million people, they transformed the landscape - digging canals, draining swamps, and terracing hillsides. From the fruits of these labors sprang craft specialists whose technological and design skills supplied goods for the market-places of every city, town, and village. The author uses new evidence to reconsider the luxurious lifestyles of the nobility and the role of their castles as seats of government for the empire's city-states. He reinterprets the role of religion in imperial rule and daily life and, in explaining the Aztecs' frequent rituals of human sacrifice, shows how central these were to the workings of their society. The concluding chapters of the book describe the arrival of Cortes in 1519, his conquest of the empire, and the spread of European diseases which decimated the population and brought the Aztec civilization to an end. Yet the Aztec people and language survived, and form, as the author reveals, a vital part of contemporary Mexican culture.

"Of the many overviews of the Aztecs, this is the first to break from the traditional focus on the nobility and on urban life in Tenochtitlan. Within the framework provided by the chronicles and by monument archaeology, Smith summarizes the results of archaeological research conducted largely in the past 30 years into the everyday lives of ordinary people in the villages, hamlets, and farmsteads from many regions of central Mexico. His method permits a fresh view of such topics as agricultural methods, population size, market system, relations between city-states and the empire, and even human sacrifice. This most comprehensive survey to date on the Aztecs belongs in libraries." Library Journal


..". no introductory volume on this subject is more reliable overall; in a field in which beginners are all too often misled by their guides, Smith shows welcome restraint and rare common sense." English Historical Review

"A compelling reinterpretation of the standard history of the Aztec empire.' Booklist

"An engaging read. I recommend it to anyone interested in the Aztecs, both general readers like myself (approaching the subject for the first time) and those with some background in the area seeking an overview." Danny Yee's Book Reviews

Michael Smith is Professor of Anthropology at the State University of New York at Albany. He was born in the Philippine Islands and grew up in New York State. He attended Brandeis University and the University of Illinois at Urbana-Champaign, where he studied Mesoamerican archaeology and was awarded MA and PhD degrees. For the last fifteen years his work has focused on Aztec sites, where he is frequently joined by his wife Cynthia, also an archaeologist, and their two daughters. His excavations have transformed knowledge of Aztec daily life and of the way in which their Empire was established and ruled.

Preface. Lists of Figures. Tables. 1. The Aztecs of Meso-America. 2. The Rise of Aztec Civilization. 3. People on the Landscape. 4. Artisans and their Goods. 5. Merchants, Markets, and Money. 6. Family and Social Class. 7. City-State and Empire. 8. Cities and Urban Planning. 9. Creation, Sacrifice, and the Gods. 10. Science and Art. 11. Final Glory and Destruction. 12. The Aztec Legacy Today. Notes. Glossary. References. Index.

GOR009782076
The Aztecs by Michael Ernest Smith
Michael Ernest Smith
Peoples of America
Used - Like New
Paperback
John Wiley and Sons Ltd
1998-05-01
352
0631209581
9780631209584
N/A
Book picture is for illustrative purposes only, actual binding, cover or edition may vary.
The book has been read, but looks new. The book cover has no visible wear, and the dust jacket is included if applicable. No missing or damaged pages, no tears, possible very minimal creasing, no underlining or highlighting of text, and no writing in the margins.